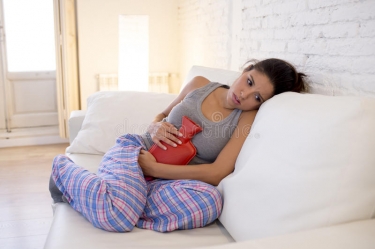 It would be understandable if you thought such a claim came from the pages of 1984 or the Handmaid’s Tale, but it’s today’s reality. With several states having already outlawed abortion or planning to do so, security experts are concerned period tracking apps can, and will, be used to identify women who are pregnant and determine if they terminated the pregnancy early.

Among such experts is the Electronic Frontier Foundation head of cybersecurity Eva Galperin who advises women to delete these apps now “before it is too late.” Galperin is an expert in her field, working for the largest digital privacy non-profit advocate in the world.

If you are in the United States and you are using a period tracking app, today is good day to delete it before you create a trove of data that will be used to prosecute you if you ever choose to have an abortion.https://t.co/7L7LaQizgx

The perceived risk is that the companies running these applications will sell your data to parties who are interested in hunting women suspected of having abortions, or they will hand it over to prosecutors who request or subpoena it.

There's already a historic precedent: one of the largest period tracking Apps, Flo, with more than 100 million users, was previously busted for sharing user data against its own terms of service that promised privacy.

Flo states it is currently developing an anonymous mode following the Supreme Court warning, though user trust will be eroded after Flo previously shared private health information with third-party firms including Facebook and Google.

In fact, millions of smartphone users confess their most intimate secrets to apps, and every single day these apps are passing it on to Facebook and others. The Flo experience shows you can’t even necessarily trust the company’s own disclosure statements.

Other such leaky apps include smartphone apps for depression and smoking cessation. A 2019 study by JAMA found out of 36 top-rated apps in those fields, 29 transmitted data to Facebook or Google, yet only 12 accurately disclosed this.

Consequently, the security experts have a basis for their concerns. The app developers themselves have, through bad behaviour, created the precedent that proves the concerns are within the realms of plausibility.

The United States HIPAA compliance laws that regulate the lawful use and disclosure of protected health information do not include or protect the reproductive and menstrual data gathered by health apps, according to the US department of health and human services.

The North Carolina School of Law, among other bodies, has called for greater protection of femtech apps, stating this is a serious topic and in no way an “ovary-action”.

It is almost beyond comprehension that in 2022 Americans would not be able to track their period without consequences. Yet here we are.

This is nice to see and is also sex work 101 pic.twitter.com/qoeo02Iurt