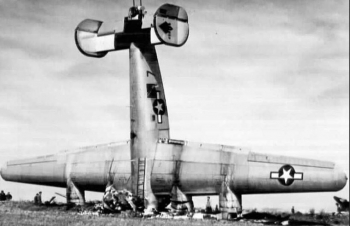 Sales of ARM based tablets like iPad and Android dropped 12.2% from 2014 levels to 168.5M with analysts predicting a more than a bloody nose from a crash landing in 2016.

In fact, since Apple reinvented the tablet category in 2010 it has always been about growth. The market has finally decided that these ‘toys’ – content consumption devices - are better served by ARM based phablets (phone/tablet) and recently the range of Windows 10 full-fat, 2-in-1 hybrid tablets with a detachable keyboard – that’s if you want to get any real work done.

“The saturation of the tablet market, the long life cycles of tablets themselves and the abundance of substitute devices were major factors that contributed to the large shipment decline,” said Anita Wang, notebook analyst for TrendForce. “Tablets were challenged by many large and small devices during 2015, from smartphones sized 5 inches and above to 2-in-1 PCs. Their demand diminished as a result.”

TrendForce’s latest 2015 report on ARM based tablets is telling – the market is dying unless it finds more relevance as a content creation device. Its prediction for 2016 is another 10+% decline to around 151.8M units.

TrendForce says Apple’s total shipments for 2016 will drop to under 40 million units if it does not release new features and models of iPad mini this year.

Samsung saw its tablet shipments decrease by 18% to 33.5 million units. Product strategy and major changes to the product lines, including class leading OLED panels, adjustments in specs and sizes and new models meant its overall market share fell by just 1.5% over the year to 19.9%. People are seeing innovation in this brand.

Lenovo’s largest tablet market is Europe and it was badly hit by currency exchange rates. With a diverse range of product lines, Lenovo expanded its presence in Europe to remain as the No. 3 tablet vendor.

Amazon ignited the small tablet trend (as the mini does for Apple) new 7-inch Fire tablet with an amazingly low price of US$49.99 and the “buy five and get the sixth free” promotion.

ASUS’s tablet strategy for 2015 put profitability over market share, so the vendor posted a massive shipment drop of 34% year on year and fell down a spot in the ranking to No. 5.

As usual there is a massive ‘other’ segment at 38.5% (and looks to increase in 2016). These include well-known brands like Sony, Huawei and LG that consider tablets simply part of a total product offering. But the major proportion of this category is the low cost, no-name Android, no IP, sell and forget tablet made in small factories across China.

More in this category: « Global smartphone brands in 2015 – the accurate figures OLED will lead the way in ‘desirability’ in 2016 »
Share News tips for the iTWire Journalists? Your tip will be anonymous