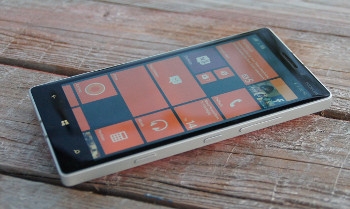 The police force in one of the world's best-known cities is being forced to junk the 36,000 Windows smartphones distributed to the force over the last two years because they are obsolete and cannot be upgraded.

The New York Post reported that the New York Police Department had bought Windows-based Nokia phones as part of a US$160 million plan that was touted by mayor Bill de Blasio as "a huge step into the 21st century".

The NYPD was reported to have bought the Lumia 830, which was released in October 2014, and the Lumia 640XL, which came to market in March 2015. Both ran the Windows 8.1 operating system. Microsoft ended support for the system on 11 July.

Microsoft's venture into the mobile space has turned into a disaster and the company has shown no sign that it wants to re-enter the market again, though loyalists keep hinting that a Surface phone is in the works.

The NYPD received its last Windows phone only a few months back, but the plan now is to replace them with new iPhones, the report said.

The screw-up was blamed on the NYPD deputy commissioner for IT Jessica Tisch, with one source telling the Post: "She drove the whole process."

Another source told the paper: "Nobody purchases 36,000 phones based on the judgement of one person. I don’t care if you’re Jesus f- -king Christ, you get a panel of experts."

The NYPD decision to go with Windows phones has been questioned in the past, with the site Digital Trends writing in October last year: "The NYPD’s decision to go with Microsoft’s mobile operating system seems to confound more than a few, since Windows Phone’s 2.3% US market share is anaemic when compared to Android's 65.2% and iOS’s 30.9%."

The Post said the NYPD had refused to comment on the issue until Tisch returned from leave next Monday.

More in this category: « Trojans stealing money from users of Android devices Android Oreo coming to Sony Xperia range »
Share News tips for the iTWire Journalists? Your tip will be anonymous