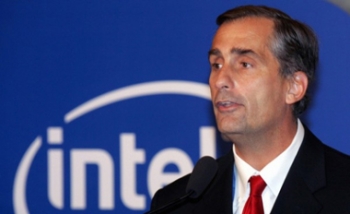 While all the talk has been around Intel's all-powerful Haswell chips, future Android tablets with new Atom chips will be as low as $100, Intel said today.

Chris Walker, general manager for tablet processors at Intel, told US tech news website CNET that upcoming Android tablets would be undercutting Apple's iPads by hundreds of dollars, and would run a next-generation version of Atom.

Intel is obviously banking on a rise in Android tablet purchases, it released the Intel C++ Compiler for Android OS back in August. Developers can use the compiler on Linux-based systems to create apps for Android devices based on Intel processors, including the Atom processor.

Walker told CNET while Intel Atom chips run both Windows and Android, "the low price points should be Android."

The release date for the next-generation Atom processors is currently unknown, however Intel said its low-cost tablets would not be running the already announced 'Bay Trail' processors, which are on the way shortly.

#baytrail is about to change the game in #tablet , there are plenty more surprises to come, Process tech is key... pic.twitter.com/zFG3xafnXH

More in this category: « iPhone 5S is sublime Third party iPhone accessory makers not happy »
Share News tips for the iTWire Journalists? Your tip will be anonymous