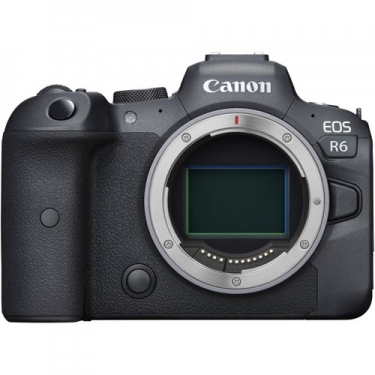 Guest Opinion: Why Image Stabilisation is a Factor in Mirrorless Cameras

Due to compact size, higher shooting speeds, lesser noise production, and less camera shake (due to the absence of a reflex mirror that flips up in a DSLR), mirrorless cameras’ popularity are on the rise like never before! Slowly and steadily, more and more top-notch brands like Canon, Sony, Nikon, and Fujifilm are entering the scene and coming up with a line of models. Even the range in interchangeable lenses for mirrorless cams is now improving with major companies investing a lot in the technology.

Let us take a look at the importance of image stabilization in a mirrorless camera and digital photography in general.

Innovators worldwide invest huge time and money to explore technologies that minimize the impact of a camera shake on a photograph. From the use of a tripod, to use of lens-based stabilization and in-camera stabilization, top-notch camera brands from around the world have explored different techniques to minimize the impact of camera shake in a photo.

IBIS or in-body image stabilization is a technology that offers shake-free videos and images when the camera is handheld for slower shutter speeds. The stabilization cancels the impact of movement and makes handheld photographic results much clearer and crispier.

So, what does this technology do? Due to the inclusion of IBIS in a camera, the sensor of the camera shifts inside in case of movement or shake, giving a stabler and sharper video graphic and photographic result! Big camera companies are coming up with mirrorless cameras that offer superior quality stabilization like Canon EOS R6 body only, Canon EOS R5, Nikon 27, Sony A7 III, etc.

EOS R5: The 45 MP full-frame dual pixel CMOS sensor combined with a DIGIC X image processor gives a clearer and preciser photographic and videographic experience. The cameras come in an affordable range and perfect for cam enthusiasts who want to experiment with the stabilization element. The 8k video quality at 29.97 fps creates stunning films especially when handheld. Superior autofocus, 12fps/20fps, is one of the most popular features that fans are loving in the cameras. Combined with an exceptional burst mode feature, Canon has simply outdone itself when it comes to launching mirrorless cameras with advanced in-body image stabilization.

EOS R6: The 20 MP full-frame dual pixel CMOS AF 2 brings stunning results. The Digic X processor. The camera supports a 4k video quality photography and videography experience that can turn any newbie into a professional filmmaker! The cam’s AF system works incredibly well in lowlight conditions with a limit of -6.5EV! The brilliant 5-axis in-body image stabilization allows the cam to capture brilliant pictures and videos at slower shutter speeds. Just like E5, the E6’s masterstroke that guarantees up to 8 stops of stabilization is a record-breaking achievement in image stabilization.

Sony A7 III: The camera comes with a 24 MP full-frame BSI CMOS sensor and a back-illuminated design for optimum light gathering. Combined with a front-end LSI and BIONZ X processor, the camera shows exceptional results in both picture quality and video quality. The unmatchable 5-axis stabilization gives the model a superior IS and experience! Though the cam comes under the "basic model" category but functionality, performance and affordability make it a popular frameless camera since its launch in 2018.

In-lens stabilization works via a different technique. It makes use of a floating lens element that shifts to an opposite direction in case of a shake. This movement is controlled via a microcomputer and gives up to 5 stops of stabilization. The final result can be the same but the techniques are quite different from each other.

The in-lens stabilization offers better results in case you love telephoto lenses. The photographic results are also far more superior in low-light conditions and the stabilization has no impact on AF or metering. There is less draining of battery life as it makes use of small motors. The IBIS, on the other hand, has a different set of advantages. For example, this technique is universal and applies to all kinds of lenses. Also, it works without making any noise. It is also a cheaper alternative as the cost is included in the whole camera’s price and not charged separately.

IBIS has revolutionized how handheld photography works! It has opened up immense creative possibilities for an artist who loves to capture vlogs and indulge in shooting handheld photos. Whether shooting in low-light conditions or with a telelens, the impact of image stabilization technology brings impressive results in mirrorless cameras. As a mirrorless camera offers real-time previews of exposure, a photographer sees the exact final result on the screen in real-time. In a DSLR, the final exposure and contrast result can come out different and needs to be re-checked for best results.

The advanced IS features in mirrorless models allows capture naturally without the use of a gimbal. Some of the best Canon and Sony cameras come with superior stabilization potential. Anyone with a shaky hand, or tendency to shoot without the use of a tripod, must invest in these wonderful cameras and achieve greater results than ever before!

BACK TO HOME PAGE
Published in Guest Articles
More in this category: « Ready-Made CRM vs Custom One - Which Option Is Better For Your Business giniPredict Turbocharges Planning and Forecasting for Australian and New Zealand Small Businesses »
Share News tips for the iTWire Journalists? Your tip will be anonymous