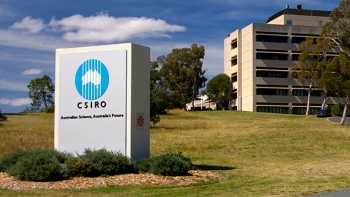 Australia's peak science body CSIRO is to set up an internal anti-bullying unit after an investigation looked into over 100 complaints of workplace bullying dating back to 1983.

The investigation, led by former Commonwealth ombudsman Dennis Pearce, looked at 10 submissions involving 130 allegations of bullying or unreasonable behaviour at CSIRO locations dating back to 1983, and recommended only two staff face disciplinary action.

In the report Pearce said CSIRO had made inroads in terms of dealing with workplace bullying and intimidation but was concerned that more than half of the staffers who responded to a recent survey said they would still be afraid to speak out about workplace bullying.

While Pearce and his team found that CSIRO should consider bringing misconduct proceedings against two staff members, he said overall the number of incidents was too high and they pointed to a broad issue the organisation needs to tackle.

"This did not mean that we were satisfied that the behaviour of a number of other persons was above reproach," he wrote.

"We approached our recommendations with a view to achieving what we considered was the best outcome for the people involved and the organisation.

"In a number of cases this resulted in us concluding that a staff member appeared not to have acted properly but that the best way to deal with the
situation was through counselling, training and other action rather than disciplinary sanctions."

"We've said all along that we believed that there was some bullying at CSIRO, but that it was relatively isolated and there wasn't an overall toxic culture at CSIRO," he said.

"We're pleased that overall the outcomes have bourn out the information that we provided in our submission."

"We had a number of concerns from our members that in some instances it appeared that where grievances or complaints were made against senior managers, that they seemed to be being dealt with more leniently through the processes that were previously in existence."

"We welcome the fact that Professor Pearce has acknowledged that. He seems to have come across some of that feedback as well, and has put in place some recommendations to try to ensure CSIRO fixes that up."

For its part, CSIRO will now set up an internal integrity office to oversee any future complaints.

"We consider that such an office will do much to ensure that issues relating to misconduct, and scientific integrity, are properly dealt with in CSIRO,"Pearce said.

"Until the integrity office is operational, we recommend this monitoring and coordination role be carried out by the Staff Welfare Implementation Team.

"We recommend the integrity office or Staff Welfare Implementation Team should report regularly to the chief executive on these matters."

The organisation was hit with wide-ranging staff cuts when the Abbott government took office last year, with as many as 600 jobs set to go, including scientists and support staff.

More in this category: « DDLS, Ouellette form alliance for Australian market Ausmed app to educate nurses on-the-go »
Share News tips for the iTWire Journalists? Your tip will be anonymous