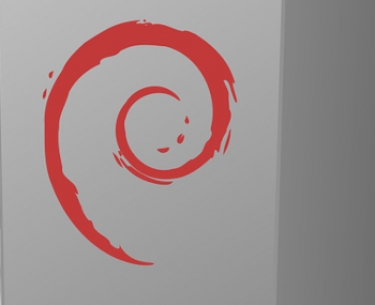 The logo of the Debian GNU/Linux project. Image by Clker-Free-Vector-Images from Pixabay

A developer who had more than two decades of service in the Debian GNU/Linux project was stripped of his status in December leading to him deciding to leave the project.

Norbert Preining told iTWire in response to a query he decided that having been graded down to Debian maintainer was not something he wanted after all these years. He has now joined the Arch Linux project.

"The teams and colleagues I have actively worked with, in particular the TeX team and the Qt/KDE team, have been excellent and welcoming, and I will miss working with them," he said.

"Only the 'political' side of Debian is, unfortunately, creating such a toxic atmosphere."

Asked if the situation that led to his demotion was around political correctness, Preining said: "Yes, more or less. I will not go into details here, since I have decided that I [will] let it rest and will write a long blog about the events including complete quotes from debian-private and DAM argumentation later on. I want to be sure that I don't write in anger but from a settled and relaxed distance."

Debian-private is a mailing list only for developers; DAM is the Debian account manager team which can decide who is a member of the project and can take subsequent actions such as approving and expelling project members.

Debian, which has more than a thousand developers, has an elected leader, the sole free software project that holds elections every year. iTWire contacted the current leader, Jonathan Carter, at his own email address, for his take on the Preining issue, but has received no response. The email was sent on 8 March.

Carter was interviewed by iTWire last year after he was elected. He is now in his second term as leader, with this year's elections set to be held next month.

The inquiry sent to Carter was copied to the Debian press team and also to a generic address for the project leader on 9 March. A spokesman for the press team responded: "At this time we do not have a statement to make regarding Norbert Preining.

"I do wish we could be more helpful for your inquiry. Should any situation change regarding the need for a statement or for other general publicity needs I will be sure to reach out to you."

Preining said what basically happened was that the DAM thought he was bullying members of the project.

"I guess they are referring to my run-in with Martina Ferrari where she called me out in very strange and unfounded ways, which started a long lasting disagreement between her and me, and the blog post about Lars [Wirzenius, a project member] which was nothing more than a selection of quotes from Lars' own blogs," he added.

"Anyway, these were all old things, but DAM still prefers to paint me in the light of 'You have been bullying members of the project for years' (quote from Enrico Zini on the debian-private mailing list) and that I cannot communicate with the Community Team, which back then included Martina, and which has again hit me in the back by allowing other members in Debian (I refrain from naming them here, but will do in my blog post) to bully me, even in unrelated forums and on IRC.

"The bottom line is that Martina, Lars, and those others are close friends of DAM and CT [community team] and the 'leading circle' in Debian, and thus it seems that they are exempted from adhering to the same community standards."

More in this category: « FSF appoints program manager Kooyman as executive director Three candidates in running to be Debian leader »
Share News tips for the iTWire Journalists? Your tip will be anonymous