Aussies spend 27 years, 6 months, and 17 days of their lifetime online 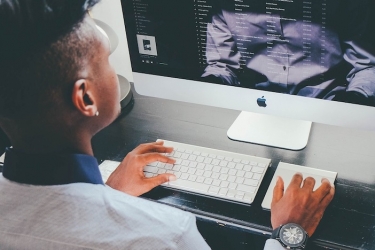 A NordVPN study shows that Australians spend a third of their life on the internet.

New survey by the leading virtual private network provider NordVPN revealed that Australians spend 27 years, 6 months, and 17 days of their lifetime online. Compared to the average life expectancy, which in the Australia is 82.9 years, it is roughly a third of their lives.

The survey revealed that during a typical week, Aussies spend a bit more than 55 hours using the internet, which is the equivalent of over two days. This amounts to a little over 114 days a year, or almost 27 years of a lifetime.

Out of those 55 hours per week, around 16 hours are spent working, while the remaining almost 39 hours - for various online activities, the survey shows.

The average time Australians start browsing the internet each day is 9:03 - and they don’t log off until 21:18.

A further 4 hours and 26 minutes a week are dedicated to listening to music on Spotify, Deezer, Amazon Prime Music, and other similar platforms, while 3 hours and 15 minutes are spent researching.

Besides that, 3 hours and 1 minute/week are given for gaming, for example, Fortnite, Minecraft and other 3 hours and 9 minutes - for life admin tasks like online banking.

NordVPN digital privacy expert Daniel Markuson said, “Most of us seek to ease and enrich our daily lives with a bunch of various online platforms and services, however, barely anyone thinks about their online security and privacy of the data provided to apps and websites.

"Long hours spent on the internet only signals about the increased risk of becoming another cyber criminals’ victim - current global circumstances make them even more active.”

Aussies are active in giving away their personal information <<bold>>

The survey shows that 35.7% Aussies cannot imagine going a day without the internet, and such dependency forces them to share a lot of their sensitive information, says NordVPN.

The survey asked what they would give up for their personal information to be permanently deleted from the internet, Aussies identified smoking marijuana (28.3%), playing video games (28.8%), or drinking alcohol (26.5%).

Markuson said, “Today, the majority of our lives can be conducted online from making payments to providing entertainment for ourselves with TV shows and games. And that’s why we should pay special attention to online cyber threats.

"Tailored messages creating a sense of urgency, suspicious or unknown sender, poor language, uncertain attachments and links - these are the first signs of a scam to watch out for. Only open attachments from the people you trust, and if there are any doubts - do not hesitate to discuss the case with your colleagues and friends,” warns Markuson.

The survey revealed that the time spent online during the typical week: