Why I gave up on Microsoft: a developer's tale

A young Vietnamese developer has decided to give up on Windows Store and the Microsoft app ecosystem after experiencing what he claims was the company's lack of support for developers.

Quang Lam said he only knew basic Web programming when he attended a Microsoft hackathon in his native country, some two years ago. At that time, due to the Nokia brand, Windows Phone was a big thing in Vietnam, enjoying nearly 25% of the smartphone market.

During the hackathon, Lam created a basic newsreader app using WinJS, an official Javascript library from Microsoft. Even though he admits the app was minimal, ugly and did not win a prize, he saw potential in the platform as, unlike Android and iOS, he had access to all native APIs.

Three months later, he released an app called 5translate, a Google Translate client for Windows Phone 8.1. The reaction from the community stunned him: it was downloaded by hundreds of thousands, and so he kept updating it with new features.

"When I started thinking about improving the app’s branding and renamed it to Modern Translator, it had included almost every feature Google offered on Android and iOS," Lam wrote.

He was content with what he received from the Microsoft TechRewards Programme for Developers, but soon thereafter came the first of a series of disappointments. 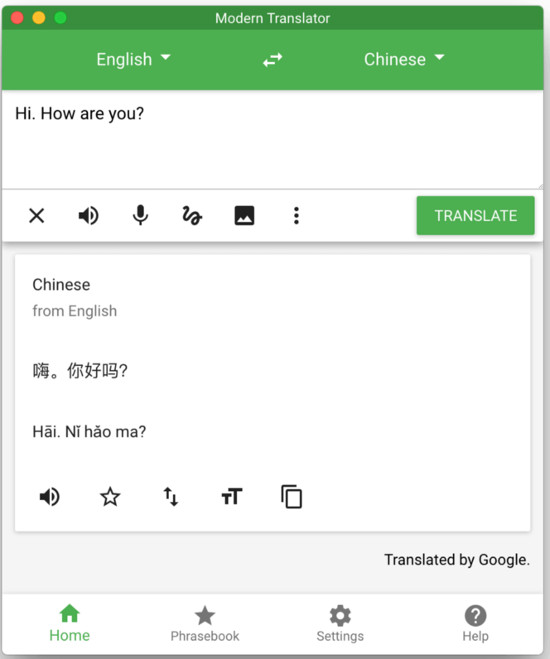 Lam asked a Microsoft community evangelist to feature his app, because he believed it was the only such app designed for Windows Phone 8.1. Additionally, the company had featured another app which had not been updated for months.

But he was knocked back because his app used Google Translate and it competed directly with Microsoft's own in-house app, Microsoft Translator. There was no explanation as to why an inferior app was being featured, he wrote.

When Windows 10 came out, Lam wrote that he was excited even though the company did not keep its promise to upgrade all Windows Phone 8.1 devices, and promptly bought a Lumia phone.

Windows Mobile (the renamed Windows Phone) had lost much of its marketshare by this point, but with the Universal Windows Platform Lam continued to develop the app. He also had a little income from app sales by now.

But then came another setback. Microsoft released a new version of its Javascript library, WinJS 4, made it open source and added support for React. Lam rewrote his app using React and WinJS 4. Microsoft then decided not to add any more features to WinJS.

At this point, Lam decided that he would move away. "Google messed up their messaging platforms with Google Talks, then Hangouts, then Allo, then RCS. And similarly, with Microsoft, they screwed up with their development platforms: Silverlight, then C# + WinJS, then C#. When it happened, I decided to move away from Microsoft like many Microsoft fans did: bought an iPhone, a MacBook; replaced Microsoft services with Google services. And everything worked much better, and I suddenly realised how much I missed in the years I used Windows Phone," he wrote.

But, again, since his app had a fair number of users, Lam decided to rebuild the user interface using Material Design. Performance dropped, but few of his users complained. He also ported the app to macOS without any reliance on Microsoft's stack.

This year, on Valentine's Day, his app started losing its Windows Store traffic. This had happened earlier too, when Windows Phone lost traction, but Lam was making a little income from it and as a college student, he wanted to keep going.

He ran an ad campaign for Modern Translator for a month from 3 January and increased the downloads by 200%; after this, he assumed traffic would fall to pre-ad campaign levels.

When it went down much lower, and his app fell from top 150 education apps to top 300, he searched Windows Store and realised that it was showing unsupported Windows Phone 8.1 apps ahead of working apps that were designed for Windows 10 UWP.

At this point he decided to give up. "To Microsoft, feel free to fill your developers’ website with articles about Bash on Windows, about Visual Studio 2017," he wrote. "But we, developers, not only need great tools but also need to make money. You give us great tools, and we try to create useful apps for your ecosystem but if you treat us like this, how can we continue engaging?

"To developers, if you are thinking about making Windows app as a fun project or a college homework, it is fine. Developing Modern Translator helped me to learn so many things from Node.js, React.js to product design and marketing. I even got job offers thanks to my experiences. But to make something serious, I am sorry, but at least in my opinion, I would say no," he wrote.

More in this category: « New consumer-based 'disruptor app' Rack launches Battle of the (Wikipedia) bots »
Share News tips for the iTWire Journalists? Your tip will be anonymous