Victorians shy away from installing the COVIDSafe tracking app 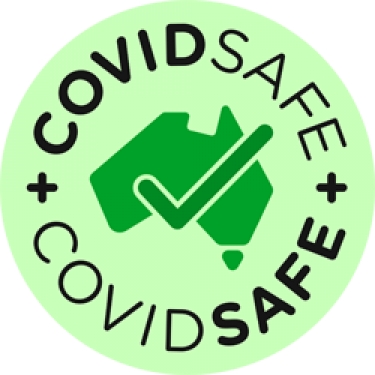 Only 56% of Victorians have the COVIDSafe ‘tracking app’ on their phone more than five months after the app was launched by the Federal Government in late April and as the State continues in lockdown with stage 4 restrictions.

According to a Roy Morgan Snap SMS survey on Victoria’s Stage 4 restrictions, those with the COVIDSafe app are more likely to say they would feel safe visiting a shopping centre if everyone was required to have the app. (55% vs 20% of those without the app).

But, only 22% of Victorians believe that a person should be refused entry into a shopping centre if they refuse to have the ‘tracking app’ on their phone.

“The real value of the COVIDSafe app depends on everyone having it on their phone. This poll suggests that there is a way to go before those without the app see value in it – for them,” says Michele Levine, CEO Roy Morgan.

“In terms of the 5km travel limit only 42% of Victorians say Melburnians should be able to travel more than 5km from their home to visit a shopping centre if they have the COVIDSafe app on their phone.

“Victorians are in almost unanimous support of refusing entry to shopping centres to people who aren’t wearing a mask or refuse to take a temperature check upon entry.

“However, only 22% of Victorians believe someone should be refused entry to a shopping centre if they don’t have the COVIDSafe app on their phone.”

Levine said: “Only a slim majority of 56% of Victorians have the COVIDSafe app installed on their phones with the highest penetration amongst L-NP supporters (67%) and older Victorians aged 65+ (65%). Unsurprisingly it is these same demographic groups that are most likely to say they would feel safe going to shopping centres if they knew everyone there also had the COVIDSafe app on their phones”.

“Looking at other key demographics shows only slim majorities of people aged under 50 (54%), ALP supporters (54%) or Greens supporters (56%) have the COVIDSafe app on their phones – and this is more than five months after the app was launched in late April with heavy initial take-up by millions of Australians.

“The effective response of the NSW Government to the second wave of COVID-19 in July and August shows with smart policies and innovative use of the technology available to Government a low level of spread can successfully be suppressed.

“During much of August NSW had a higher two week average of new local cases of COVID-19 and a greater number of Active Cases of the virus in the community than Victoria has now and was able to successfully suppress the spread of the virus without resorting to a damaging lockdown,” Levine said..

Victorians surveyed were asked three of the following questions to determine their attitudes towards the Stage 4 directives and the COVIDSafe ‘tracking app’ and how they relate to visiting shopping centres:

More in this category: « Emirates airline ties up with Huawei to promote its mobile app Huawei adds urban mobility app Moovit to its app store »
Share News tips for the iTWire Journalists? Your tip will be anonymous