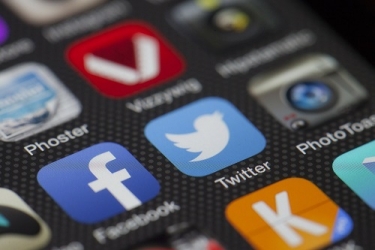 Facebook has restricted advertising targeted at underage users after Australian researchers discovered that the social media website profiled teens based on age-inappropriate interests. This move underscores the need for external oversight and regulation.

In April, Reset Australia revealed Facebook was profiling underage users based on controversial issues such as smoking, gambling, extreme weight loss, alcohol, and selling access to profiles to advertisers for direct, targeted advertising.

Facebook, which also owns Instagram, announced a suite of safety measures to protect teens. It includes prohibiting advertisers from targeting users aged under 18.

Cooper warns that Facebook will not stop profiling kids, “just that it will not let advertisers target them.”

“There is no commitment Facebook itself won’t keep using this profiling for its own purposes,” Cooper says.

Cooper urges the need for a meaningful public oversight about how these platforms collect and use young people’s data.

“Big tech needs regulation so that it can operate in a way that meets public standards. We shouldn’t keep letting it make its own rules.”

Facebook’s new safety measures, as well as making Instagram private for those under 16 and cracking down on unwanted contact, made it appear that the social media giant was being proactive about children’s welfare, but in reality, it was just a response to an incoming international legislation.

The UK’s Age Appropriate Design Code and Ireland’s Fundamentals for a Child-Oriented Approach to Data Processing will apply this year, which demand stricter controls around how young people are treated online.

“In some jurisdictions Instagram profiles will be automatically private until the user is 18, while in others it’s only up until they’re 16. What’s the difference between an 18-year-old in the UK, and a 16-year-old in Australia that singles them out for such treatment?” Cooper questions.

“Facebook isn’t being consistent with these changes rather it is picking and choosing which children it will and won’t protect,” Cooper laments.

Ireland’s Fundamentals for a Child-Oriented Approach to Data Processing also calls for an end to profiling children for advertising full stop.

With the two new legislations set to be introduced, Cooper says UK and Irish children won’t be targeted for ads based on their gender, but Australian kids will.

Reset Australia says it is advocating for Australia to introduce a similar data code for children as part of the federal government’s privacy review.

If adopted, social media giants and technology will be compelled to keep in mind the interests of children. It would include great data controls for young people and limit targeted commercial advertising, and make sure that Australia’s children are afforded the same, if not better, protections.

“We should not rely on Facebook to self-regulate or other countries to dictate standards—Australia needs a regulatory code governing how children and young people’s data is collected and used,” Cooper concludes.

The full report can be found here.

More in this category: « Clubhouse leaves beta, now available to all on iOS and Android 1receipt advocates paperless receipts to encourage businesses to operate more sustainably »
Share News tips for the iTWire Journalists? Your tip will be anonymous