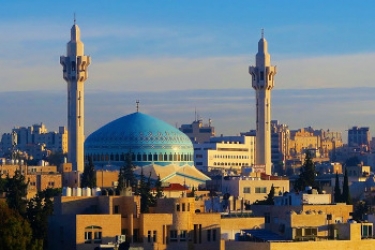 Image by Konevi from Pixabay

With Saudi Arabia allowing only a small number of pilgrims to perform the annual Haj pilgrimage this year due to the ongoing coronavirus pandemic, software developers have moved to create a means whereby Muslims can experience the pilgrimage from a safe distance.

Saudi Arabia has recorded more than 160,000 cases and 1307 deaths due to COVID-19, according to Johns Hopkins University.

The Haj culminates in the second major Muslim festival, known as Eid Al Adha, and, according to the Koran, commemorates Abraham's (who is called Ibrahim by Muslims) being asked to sacrifice his son, Isaac, by God to prove his faith. Muslims believe that Abraham was asked to sacrifice his first son, Ishmael. When he agreed, he was told he did not have to and sacrificed a lamb instead; religious Muslims slaughter a lamb themselves on the final day of the feast in memory of this act of faith.

Muslims follow the lunar calendar and hence the actual day of the festival is announced based on the sighting of the moon. It is expected to be at the end of July.

Every year, millions of Muslims — in 2019, there wera about 2.5 million — make the journey to Saudi Arabia for the pilgrimage, resulting in a sea of humanity, all dressed in white robes, congregating in the Muslim holy cities of Mecca and Medinah at a time when the country experiences its hottest tempeartures.

Given that, the Saudi Government has spent huge amounts to make the pilgrimage as comfortable as possible, including air-conditioning the floor of the Great Mosque in Mecca, the mosque that surrounds the Kaaba, a meteorite, which Muslims regard as the most sacred site in Islam. It is located in the centre of the mosque, which is the second biggest building in the world after the Boeing factory in Everett.

The Kaaba is said to have been built and rebuilt several times, most famously by Ibrahim and his son Ishmael, when he returned to the valley of Mecca several years after leaving his wife Hajar (Hagar) and Ishmael there upon God's command.

As part of the Haj, Muslims have to walk around the Kaaba seven times in a counter-clockwise direction.

The Wall Street Journal said the situation was being seen as boom time for virtual Haj software, though some Muslims argue that it is impossible to replace holy pilgrimages with a virtual event.

It quoted Mohammed Al Sherebi, founder of Centillion, a company that advises companies expanding in the Middle East, as saying: "Unfortunately, tech acceptance in the Islamic world has been a bit slower than our ambitions, with the result that specific segments of the population are unable to see the future benefit that virtual Haj can provide.

"By focusing only on the inconvenience of the present moment, many of us are unable to see the incredible opportunity that lies ahead of us.”

One company, iUmrah World, has created an app that allows Muslims to make the Umrah, a shorter pilgrimage that can be undertaken at any time of the year. Saudi Arabi suspended Umrah in February due to the pandemic.

The app lets users find and pay for proxies in Saudi Arabia who, under Islamic law, can complete Umrah on their behalf, according to the firm's founder and chief executive, Ahmed Al Haddad.

The proxies beam back a live stream of their journeys and the tasks they complete in Mecca to iUmrah customers.

The WSJ quoted the Muslim Council of Britain as saying that it was generally accepted that a virtual Haj was not the same as making the pilgrimage in person.

Ali Shihabi, an author and commentator on Middle Eastern politics and economics, said pilgrims were meant to suffer the discomfort of travel and meet other Muslims in Mecca, neither of which was possible in a virtual event, “if you’re sitting in your living room with your Apple computer".

Jonathan Wilson, a professor of brand strategy and culture at Regent’s University in London, who made the Umrah pilgrimage in 2009 said the numerous rules linked to the Haj rituals — such as wearing the prescribed clothes, not trimming nails during the pilgrimage and throwing stones at the devil — were as important as the journey itself. “It’s a bit like a [virtual-reality] swimming experience: It could never match really swimming in the sea,” he added.

But, despite the limitations, Wilson said virtual Haj technology could still have a place and give a spiritual boost to Muslims who wanted to feel closer to God, and offer non-Muslims a look inside a place they weren’t allowed to enter physically. It could also help people gear up for the real thing.

A video game known as Muslim 3D has been developed in Germany by Bigitec to allow users to explore places of Muslim worship in a three-dimensional simulation and rehearse Haj as avatars while informing themselves about the history and purpose of its rituals.

And a virtual-reality-based training tool for Muslim pilgrims has been developed by a company known as Labbaik VR. But since nobody from outside Saudi Arabia is being allowed to perform Haj this year, the company has shifted its focus to a new product, WUZU, which lets people explore a 3-D recreation of Mecca on their smartphones, according to the project director Adnan Maqbool.

Haddad was confident that a virtual Haj or Umrah would one day be considered as legitimate as the real thing. The company iUmrah World, which Haddad hopes to take public in 2022, is also developing an iVatican product.