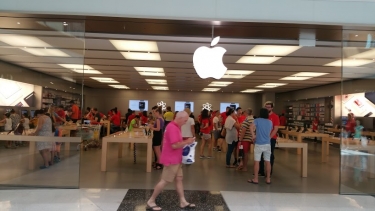 The use and sharing of data by apps, the extent of competition between Google and Apple’s app stores, and whether more pricing transparency is needed in Australia’s mobile apps market, are among issues to be scrutinised by the competition watchdog, the ACCC.

The Australian Competition and Consumer Commission says it will be examining the experiences of Australian consumers, developers, suppliers and others in a new report scrutinising mobile app stores.

In a statement issued on Tuesday, the ACCC said consumers are invited to share their experiences with buying and using apps through a short survey, with the Commission also releasing an issues paper seeking views and feedback from app developers and suppliers.

The work is part of a five-year ACCC inquiry which will produce reports every six months examining markets for the supply of digital platform services in Australia.

“Apps have become essential tools for daily living for many Australian consumers, a trend that is likely to have increased during the COVID-19 pandemic. Apps are, in turn, increasingly important for businesses as they promote, grow and run their enterprises,” ACCC Deputy Chair Delia Rickard said.

“We want to know more about the market for mobile apps in Australia, including how transparent and effective the market is, for consumers as well as those operating in the market.

“We will also focus on the extent of competition between the major online app stores, and how they compete for app sales with other app providers.”

The ACCC says millions of apps are available for download by Australian consumers for use on mobile devices like phones, tablets and smart watches, and they span a wide range of functions including games, entertainment, health and fitness, education and the delivery of goods, such as food, and services, such as banking.

While there are various app stores or marketplaces, the ACCC says app sales are dominated by the Apple App Store, for iOS, and the Google Play Store, for Android devices.

“For app developers and suppliers, gaining a spot in one of the major app stores can result in significant sales, while failing to gain access can be a major setback. We are keen to provide greater transparency on how this process works,” Rickard said.

“We are also interested in how data is used and shared in the app ecosystem, including the data available to Google and Apple as a result of their control of the major app stores.”

The survey for consumers and the issues paper are available at Digital platforms services inquiry, with submissions closing on 2 October 2020, and the final report to be handed down in March 2021.

More in this category: « Vivaldi offers ad tracking and blocking in new Android version New Vivaldi version helps users to take a break from work »
Share News tips for the iTWire Journalists? Your tip will be anonymous