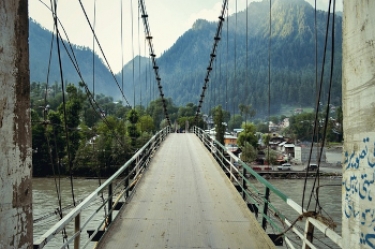 Image by Hafiz Naveed from Pixabay

The Indian Government is cracking down on social media users in the predominantly-Muslim state of Jammu and Kashmir, confiscating phones used for transmitting messages that are critical of the government.

Internet services were cut off in August 2019 when India revoked the special autonomous status enjoyed by Kashmir, broke it up into two federally administered territories and locked down the areas, imposing a communications blackout as well.

The global human rights group Amnesty International said in September that it was pulling out of India due to reprisals from the Hindu fundamentalist government led by Narendra Modi, adding that its bank accounts had been frozen and it had been forced to lay off staff in the country.

The Intercept cited a group human rights organisations, which operate under the name Jammu Kashmir Coalition of Civil Society, as saying in August that police had complained about more than 200 people who had used social media and VPNs, and allegedly used surveillance technology to trace and summon them under anti-terror and detention laws.

The report said the posts that were being tracked were mostly political, questions the actions taken by the government against Kashmiris.

The victims said their phones had been confiscated after the police used their credentials, extracted during questioning, to access their social media accounts.

Devdutta Mukhopadhyay, associate counsel at the Internet Freedom Foundation, an internet advocacy group based in India, told The Intercept: “Some examples we have seen in the past year are WhatsApp group administrators being made to register with district authorities, ban on VPN services, and additional verification requirements for pre-paid mobile Internet users."

More in this category: « Vivaldi adds privacy features in new version for Android Vivaldi releases new browser version for desktop users »
Share News tips for the iTWire Journalists? Your tip will be anonymous