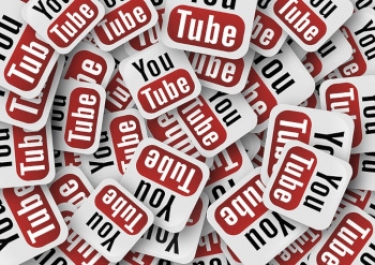 The Microsoft-owned source code repository GitHub has taken down the repository for youtube-dl, a popular command-line script that can be used to download videos from YouTube and many other videos from the Internet, following a DMCA takedown letter sent by the Recording Industry Association of America.

Microsoft is a member of the RIAA, even though it is primarily a company that produces software.

Hahahahahaha WHAT?!! https://t.co/TCa3XkmVMf — I use youtube-dl *all the time* to download my own live stream videos so I can archive them.

RIAA might as well ban computers and speakers, since they could be used to listen to pirated music.

In the letter, the RIAA said: "We have learned that your service is hosting the youtube-dl source code on its network at the following locations, among others (a list of URLs followed)."

It added: "The clear purpose of this source code is to (i) circumvent the technological protection measures used by authorised streaming services such as YouTube, and (ii) reproduce and distribute music videos and sound recordings owned by our member companies without authorisation for such use.

"We note that the source code is described on GitHub as “a command-line program to download videos from YouTube.com and a few more sites".

I should say: Github has categorized the RIAA letter as a DMCA notice, but it's not really — that term generally describes communications sent pursuant to §512. This letter is about the §1201, the controversial anticircumvention rules.

After noting numerous alleged copyright violations committed by users of the script, the RIAA said: "In light of the above noted copyright infringements and anticircumvention violations, we ask that you immediately take down and disable access to the youtube-dl source code at all of its locations where it is hosted on GitHub, including without limitation those locations in the representative list set forth above."

GitHub's official statement said: "If you are the repository owner, and you believe that your repository was disabled as a result of mistake or misidentification, you have the right to file a counter notice and have the repository reinstated. "

Youtube-dl is a legitimate tool with a world of a lawful uses. Demanding its removal from Github is a disappointing and counterproductive move by the RIAA. https://t.co/VUbTokd4cP

Twitter has exploded with comments from annoyed users, with a number of them have put up the youtueb-dl source on their sites in reaction to the GitHub action, with one individuals encoding the source into two images that are being distributed on Twitter.

Microsoft acquired GitHub in June 2018 for US$7.5 billion (A$9.79 billion) in Microsoft stock. Soon after the deal, many GitHub users said they would be moving their repositories off GitHub unless Microsoft stopped its work with the US Immigration and Customs Enforcement.

More in this category: « Dropbox introduces family plan Digital identity apps in use forecast to exceed 6.2 billion in 2025 »
Share News tips for the iTWire Journalists? Your tip will be anonymous