Facebook, Google, TikTok, and Twitter collaborate with Web Foundation to end abuse and violence against women on their platforms Featured 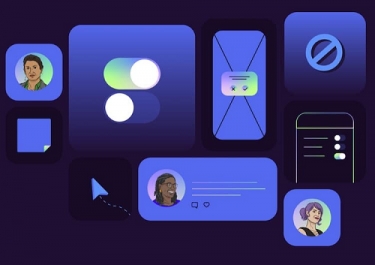 Four of the world’s biggest tech platforms have developed a set of commitments that aims to protect women from violence and abuse on their respective platforms. The tech companies also reached out to women who have experienced abuse to take part in developing the policies.

Facebook, Google, TikTok, and Twitter—four of the world’s biggest tech platforms—have collaborated with the Web Foundation to adopt a set of commitments to address online abuse and improve women’s safety on their platforms.

Announced at the UN Generation Equality Forum in Paris where global leaders are meeting to advance women’s rights, these commitments are a critical step forward in tackling widespread online abuse that affects millions of women around the world and poses a growing threat to progress on gender equality.

The commitments, according to Web Foundation, focuses on two themes: Curation and Reporting. The Web Foundation says women need greater control to who can comment or reply to their posts and also pleaded the need for improved reporting systems so that there can be proactive measures when they receive violent or abusive content.

Web Foundation lists the set of commitments that can create safer experience for everyone:

Curation Commitment:
1. Offering more granular settings (e.g. who can see, share, comment or reply to posts)
2. Using more simple and accessible language throughout the user experience
3. Providing easy navigation and access to safety tools
4. Reducing the burden on women by proactively reducing the amount of abuse they see

Reporting Commitment
Implement improvements to reporting systems by:
1. Offering users the ability to track and manage their reports
2. Enabling greater capacity to address context and/or language
3. Providing more policy and product guidance when reporting abuse
4. Establish additional ways for women to access help and support during the reporting process

Twitter expressed support to the cause, and announced in a tweet that they are committed to Web Foundation’s framework to end online gender-based violence.

It also added in the thread that its top priority is “keeping everyone who uses Twitter safe and free from abuse.”

TikTok, on the other hand, identified few examples on how to keep safe on their platform:

1. Controlling comments: Users can choose to filter all comments, so they can decide which comments will appear on their videos. When enabled, comments aren't displayed unless the video's creator approves them using the new comment management tool.

People can also choose to filter comments containing specific keywords they have selected. Multiple comments can be deleted or reported at once, and accounts that post bullying or other negative comments can be blocked in bulk, too, up to 100 at a time. By default, spam and offensive comments are hidden from users when we detect them.

2. Promote kindness: A prompt asks people to think about the impact of their words before posting a comment which may be inappropriate or unkind and reminds users to review our Community Guidelines.

3. Report inappropriate content and behaviour: Reporting is fast, easy, and confidential on TikTok. If a user sees something - whether it's a video, a comment, a direct message or an account – that is inappropriate, they can use the in-app reporting button. TikTok will review against Community Guidelines and take appropriate action.

By adopting these commitments, the four companies have pledged to build solutions that address two priorities women have said are critical for their safety: improved reporting systems and more control of their experiences on tech platforms.

These may include features that let users better manage who can engage with their posts and more options to filter certain types of content, as well as strengthening reporting systems so users can track and manage reports of abuse.

The commitments were developed as part of a 14-month collaboration, convened by the Web Foundation, where 120 experts from tech companies, civil society, academia and governments from over 35 countries co-created solutions and prototypes to tackle online abuse.

This work directly involved women who have faced online abuse, including activists, politicians and journalists, who shared their experiences and took part in developing solutions.

According to the Economist Intelligence Unit, 38% of women globally have directly experienced abuse online. This figure rises to 45% for gen Zs and millennials.

For black women and women from LGBTQ+ community and other marginalised groups—the abuse is often far worse. The consequences can be devastating, causing mental and physical harm, silencing women's voices, and delivering an economic blow to those who rely on tech platforms for their livelihoods.

“This is a huge threat to progress on gender equality. With their resources and reach, these four companies have the power to curb this abuse and improve online experiences for hundreds of millions of women and girls,” Dhrodia notes.

“Now, they’ve had the chance to work together with leading experts from different sectors to co-create solutions that can lead to real, industry-wide change. The commitments they’ve made today should be celebrated as a major win and act as a springboard for companies to tackle abuse against women as a top priority,” she says.

“As a Black female politician, I am subjected to more abuse than my white female counterparts. When this abuse comes, it is to silence my voice. I refuse to allow that to happen, but the level of the abuse has forced me to close my office as I could no longer guarantee the safety of my team,” she denounces.

She narrated how it got worse. “At one point, the abuse got so bad that a member of my staff bought themselves a stab vest as a means of protection”.

Arzu Geybulla says that the abuse she faced impacts her work as a journalist. “My reputation as a credible journalist was being put on the line – the harassers were questioning and discrediting my reporting by spreading false information,” she says.

As the inaugural project of the Web Foundation’s Tech Policy Design Lab, this marks a new approach to how tech companies respond to major challenges, engaging with an open, collaborative process where the experiences of those most impacted are at the centre of designing solutions.

The announcement came as an open letter, addressed to the CEOs of the four companies, was sent from hundreds of prominent women across six continents, who recognised the steps taken and made clear the firms will be held accountable for their commitments: “They should be seen as a promise to women and girls around the world that you will decisively deal with the abuse that they are subject to on your platforms.”

Underscoring the enormous influence these four platforms have on the online experiences of billions of people—which reverberate in their lives offline—the signatories urged the CEOs to follow through on their commitments so that their platforms prevent, rather than fuel, online abuse.

The letter reads: “As you work towards these goals, we’ll be watching: we will recognise when you make progress and hold you to account when you don’t.”

Pointing to the commitments and prototypes, the letter commands the companies: “You have the way. Now show the world that you also have the will.”

Web Foundation director of policy Emily Sharpe concludes: “With today’s announcement, these companies have established themselves as leaders in the fight against the abuse of women online. This collaboration has shown the promise of smart, evidence-led change in tech that is open and connected to people’s real online experiences. We’ll be tracking these companies against the commitments they’ve made and will publish annual reports showing their progress. Now, we expect other companies to join these four and step up to the challenge.”