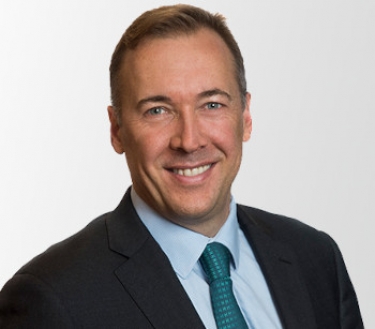 Angus Sullivan: “Access to simple and easy-to-use online banking that supports our customers’ financial well-being has become even more crucial, especially for those who may not have much experience of banking online.” Supplied

Independent firm Forrester Research has named the Commonwealth Bank a leader in overall digital experience among banking apps in Australia for the fourth year running.

In a statement, the bank, the biggest in Australia, said the Forrester Digital Experience Review: Australian Mobile Banking Apps, Q3 2020 report had given it a citation as the overall leader in digital experience.

The bank quoted the report as saying: “For the fourth year running, CBA takes the lead by delivering impressive digital experiences, excelling at both user experience and functionality.”

It pointed out that the financial well-being of its users was of paramount importance right now due to the ongoing recession,

According to the report, “not only did [CBA] take the top spot for overall digital experience leader; it also led in both functionality and user interface. CommBank received perfect scores for account management, money movement, assisted service, and marketing and sales.”

The report also said CommBank was one of two banks that were “leading examples of how banks should better understand their customers and put customers first by helping them improve their financial well-being".

According to Forrester, 53% of Australian online adults reported that they used their smartphones to conduct their banking.

CBA figures also showed a big increase of digital payments by value which now accounted for two-thirds of transactions managed – an increase from half five years ago. This had been accelerated in recent months due to the coronavirus pandemic, with more than 290,000 new and existing customers signing for the CommBank app and NetBank since March, the bank said.

Angus Sullivan, group executive of Retail Banking Services, said: “Banking digitally is now arguably more important for consumers than ever before. Over the last decade, we have seen more and more customers become accustomed to doing their banking in the palm of their hands, but the coronavirus pandemic has now made it a necessity for most of us.

“Access to simple and easy-to-use online banking that supports our customers’ financial well-being has become even more crucial, especially for those who may not have much experience of banking online.”

The bank said it also continued its winning streak, holding onto its Canstar Bank of the Year Awards for both Online Banking and Mobile Banking. CBA has won the Online Banking Award every year since 2010, making 2020 its 11th consecutive win.

It has also won the Bank of the Year Award for Mobile Banking every year since it was introduced in 2016, meaning it has now racked up five consecutive wins.

Sullivan continued: “In the current climate, we understand the importance of ensuring we are using digital innovation to build trust and offer tailored support for our customers and provide simpler, better banking that has their financial well-being front and centre.”

The bank said the following features in its app had played a big role in supporting customers during the outbreak:

More in this category: « Americans spending most on video streaming apps, Counterpoint survey finds No software to let Muslims perform virtual Haj pilgrimage »
Share News tips for the iTWire Journalists? Your tip will be anonymous