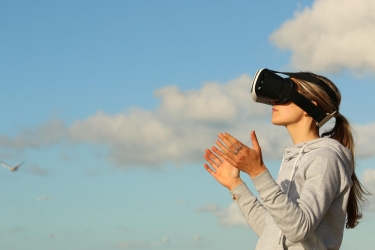 Apple’s virtual reality (VR) headset, expected to be a standalone costing around US$3,000 ($4,200), launching in January 2023, will boost demand for associated VR and augmented reality games, apps and services, forecasts research firm and analytics GlobalData.

GlobalData notes that given Apple’s massive loyal customer base and a productive legacy of entering new markets, the company’s VR headset will trigger faster adoption of VR and AR tech.

“Apple’s services revenue accounted for more than 20% of its overall revenues, which reached US$19.8 billion ($28.1 billion) in Q2 2022, up from $16.9 billion ($24 billion) a year earlier. Apple will use its forthcoming VR headset device to build on that revenue growth. According to GlobalData forecasts, consumer VR headsets will generate global revenues of $50 billion ($71 billion) by 2030,” said GlobalData senior analyst Anisha Bhatia.

GlobalData expects that the headset will see cross-device operability although it is a standalone device (not tethered to a computer or gaming console).

Industry rumours indicate that consumers will likely be able to extend a MacBook’s display into the headset, allowing content creators to move from one device to the next, a key Apple attribute that other multi-device OEMs in the non-iOS space have struggled to match, according to GlobalData.

“Apple is working on VR versions of several of its apps such as FaceTime. The company has a history of first-rate user interfaces be it smartphones or wearables or tablets. We can expect its VR clients to be just as good. And Apple rarely launches a product that is not on par with its standards. The company will also make sure it has a swathe of apps and services that can be used with the headset at the time of launch,” Bhatia said.

However, Meta heavily subsidises its VR hardware, which is not a sustainable business strategy as the competition in this space is set to grow in 2023, with VR headsets coming from Pico and Sony, GlobalData noted.

“Although price may initially prove to be a hindrance for Apple, its product quality, target market of developers, gamers and content creators, as well as a previous history of expensive products such as tablets, leads us to believe that Apple’s first foray into the VR headset segment will be a success.”

“We expect the first iteration of Apple’s VR headset to be Wi-Fi only, and Apple, similar to Meta, is already working on a second iteration of its headset which will likely offer 5G support,” Bhatia concluded.

This first appeared in the subscription newsletter CommsWire on 2 August 2022.

More in this category: « UNSW Sydney researchers uncover why people are drawn to violent video games
Share News tips for the iTWire Journalists? Your tip will be anonymous