900,000 households do not have an in-home internet connection: ACCAN 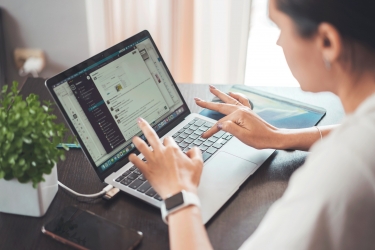 Approximately 900,000 Australian households still do not have an in-home internet connection despite an increase in remote learning, telehealth services, and work from home arrangements in the last two years, the Australian Communications Consumer Action Network has revealed.

Its latest policy position The Future of Broadband warns enduring provisions that safeguard the interests of Australians are needed to protect consumers.

Australians have endured lockdowns, natural disasters, and significant increases to cost of living since the National Broadband Network (NBN) was declared ‘built’ by the Federal Government.

“This is unacceptable in a country as wealthy as ours,” Williams declared.

“To ensure that the interests of all Australian consumers are protected, there are a number of conditions that need to be met across all fixed broadband networks to ensure that everyone can get and stay connected, not just those who can afford to pay for it,” he suggested.

This would include transparent reporting around hardship arrangements, disconnections, and localised network performance as well as establishing a subsidised broadband service.

ACCAN urges public Wi-Fi providers and public interest programs to expand their services based on community needs, so that people can access the internet regardless of their circumstances.

“Extending this reporting requirement to the retail sector would bring the telco sector into line with other utilities like gas, electricity and water, and would give people greater confidence when it comes to choosing the right provider for them.”

This first appeared in the subscription newsletter CommsWire on 8 July 2022.