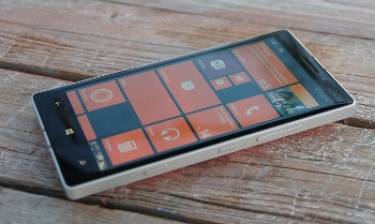 The world's worst-kept secret was confirmed over the weekend: Windows Phone is dead and Microsoft will only look at maintenance support for devices that are in use.

The death of Windows Phone has been a recurring topic in the tech press as its share fell over the years. But this seems to be the definitive nail in the coffin.

A tweet from Joe Belfiore, a corporate vice-president in the Operating Systems Group at Microsoft, laid any doubts to rest.

In response to a query on Twitter, Belfiore said: "Of course we'll continue to support the platform.. bug fixes, security updates, etc. But building new features/hw aren't the focus."

Prior to that, asked whether it was time to leave the Windows Mobile platform, Belfiore wrote: "Depends who you are. Many companies still deploy to their employees and we will support them!"

And he added: "As an individual end-user, I switched platforms for the app/hw diversity. We will support those users too! Choose what's best 4 u."

Asked by another user about the lack of apps for Windows Phone, Belfiore said it had been difficult to attract developers.

"We have tried VERY HARD to incent app devs. Paid money.. wrote apps 4 them.. but volume of users is too low for most companies to invest," he said.

But Belfiore refused to acknowledge that the lack of Windows Phone would result in users also quitting Windows on the desktop.

"When people switch to iOS or Android they will switch ecosystems, too. No more need for Microsoft then. That'll be your next big problem," one person pointed out,

Belfiore responded: "Actually, a huge, huge majority of our Windows/Office (and Xbox) users are mixed-ecosystem. MOST people have a different phone than 'PC'."

More in this category: « Free smartphone crowd-funding effort exceeds target Fifield outlines how govt will support 5G rollout »
Share News tips for the iTWire Journalists? Your tip will be anonymous