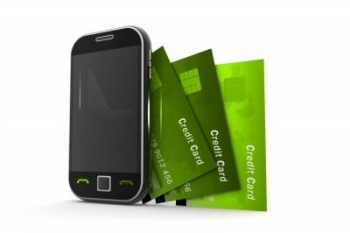 Westpac Bank is claiming an Australian first with the launch of Siri for Westpac, allowing its customers to make payments using voice technology.

The launch of Siri for Westpac is an extension of Westpac’s mobile banking app for iPhones, which the bank says enables customers to link their Westpac account to make a payment and check their account balance through Siri.

Using the app, customers of the bank will be able to make payments to any payee set up in their Westpac mobile app, or online banking from their Westpac transaction account linked to Siri.

To authenticate payments, customers will be prompted to input their fingerprint or face ID before the money is transferred to the payee, and through Siri’s voice command, will also be able to check up to three Westpac account balances that are Quick Balance enabled in their mobile banking app.

Westpac Group chief executive, Consumer Bank, George Frazis, said: “We know a growing number of Australians are using Siri to help make their lives easier and faster, from checking the weather through to setting an alarm, all with a simple voice request.

“Now, Westpac customers will be the first in Australia to have the choice and convenience of using Siri voice technology to make a payment, and also check their account balance.

“With more than 2.5 million customers using mobile banking, this is part of our continued strategy of providing our customers with the technology and tools to meet their financial needs.”

Westpac says recent research shows around one in two Australians (48%) use a voice assistant on their smartphone, with a third of this group using it at least once a day.

Research also found that  28% of Australians identified not having their bank login details to hand as one of the biggest roadblocks to transferring money via mobile – while the biggest benefits were being able to transfer money quickly (25%) and on-the-go (17%).

The launch of Siri for Westpac follows what the bank says is the success of the Westpac Banking Skill for Amazon’s Alexa and Westpac for Google Assistant earlier this year.

Siri for Westpac will be available for customers with an iPhone running iOS11 or later, and with the latest version of the Westpac mobile banking app (v8.7).

Westpac has also announced that it will launch new updates to:

More in this category: « Singtel achieves 1.5Gbps five-carrier aggregation LTE speed Location, location: Google snoops even when it's turned off »
Share News tips for the iTWire Journalists? Your tip will be anonymous