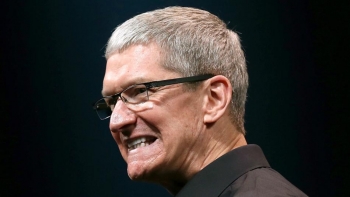 It's the fabled unicorn of the tech world - Apple's long awaited 'iWatch' has been talked about for months if not years, and it looks like we finally have a firm release date.

According to tech news site Re/Code, Apple will launch both the iPhone 6 and its iWatch on 9 September, with the site reporting “Apple now plans to unveil a new wearable alongside the two next-generation iPhones we told you the company will debut on September 9."

The report speculates that it will be using the health and fitness platform in iOS 8 - HealthKit, s first unveiled at Apple World Wide Developers Conference (WWDC) in Juen -and it could also make use of HomeKit, allowing users to turn the lights on and off from their wrists.

Back in May Apple SVP Eddy Cue told reporters Apple’s current products roadmap was the best he has ever seen since joining.

“We’ve got the best product pipeline that I’ve seen in my 25 years at Apple,” Cue told Kara Swisher and Walt Mossberg at the inaugural Code Conference.

It's currnetly unclear whether he watch will boast some sort of control mechanism Apple TV, though it seems likely Apple would want to push for integration with as many of its products as possible.

As far as Apple iWatch rumours go, it has been reported that the watch could be available in two sizes of 1.3-inch and 1.5-inch flexible AMOLED displays. Rumours are also rife Apple will look at more experimental charging methods for the watch, including technology to enable inductive, solar, and motion charging of the wearable, thus minimising the constant battery consumption..

The California-based tech giant also recently hired famous fitness consultant and educator, Jay Blahnik, who was referred by Nike as "instrumental" in its development of the company's Fuel Band fitness wearable.

For more information on the upcoming iPhone 6 see our article from editor Stan Beer; "iPhone 6: Why the Wait is Probably Worth it."

More in this category: « Surface Pro 3 hits stores and selected offices It's a dog day afternoon for GoPro »
Share News tips for the iTWire Journalists? Your tip will be anonymous