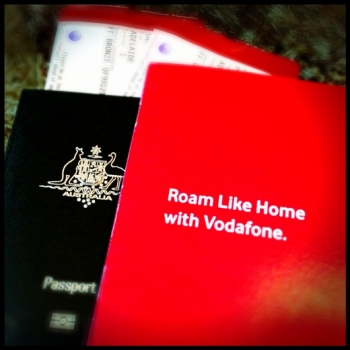 Vodafone Australia has launched a new international roaming service - initially available only in the US, UK and New Zealand - under which travellers pay $5 per day in addition to charges they would incur using the same services in Australia.

They do not need to sign up to activate the service, it kicks in automatically when they make or receive a call, send a text message or make an data connection in the overseas country.

The service represents potentially huge savings compared to current offerings. However, it will be available only on new plans that Vodafone will introduce in August. So it remains to be seen how prices under these compare with current offerings for normal domestic usage.

At the launch of the service, Vodafone Australia CEO Bill Morrow said could be extended to other of the 28 countries in which Vodafone operates networks. "We have plans but we will monitor customer usage first," he said.

He pointed out that the three countries in which it is initially available account for 40 percent of Australians' overseas trips and 50 percent of their overseas mobile data usage.

Morrow said he had been "appalled" at the size of some of the bills incurred by Vodafone customers travelling overseas, as revealed in focus groups. "This is monumental," Morrow said. "Nobody else has been able to address this issue with this simplicity and this level of pricing."

The ACMA announced in July an International Mobile Roaming (IMR) standard that requires mobile service providers to provide a range of consumer protection features to help overseas travellers manage their mobile usage and better avoid bill shock. It will be phased in from 27 September 2013.

More in this category: « Tempo is Siri for your calendar Optus delivers mobile to Lake Cathie »
Share News tips for the iTWire Journalists? Your tip will be anonymous