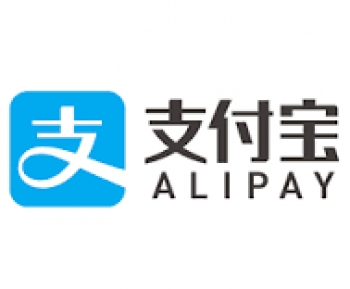 Tyro is promoting itself as the first and only Australian bank to offer a seamless, all-in-one EFTPOS solution with Alipay for its merchants, following the signing of a deal with Alipay in August this year.

Tyro says that in the year ending February 2018, almost 1.4 million Chinese tourists visited Australia, injecting $10.4 billion into the economy, and this is predicted to rise to $13 billion by 2020.

Tyro chief executive Robbie Cooke said the Alipay integration continued the company’s strategy of enabling its merchants to accept all payment types and letting customers choose the way they want to pay.

“Bringing innovative payment and banking solutions to Australian businesses is what Tyro is all about and our partnership with Alipay allows us to offer Tyro merchants a market-leading initiative with a unique point of difference.

“We are thrilled to have Heinemann Australia on board as our first merchant taking advantage of Tyro’s Alipay integration and proud to be the first bank in the country to bring this exciting initiative to Australian businesses.

“This is all the more impressive given it was only at the end of August that we signed our deal with Alipay.”

Cooke said Australian businesses looking to capitalise on the Chinese tourist market could now offer a simple and seamless payment option to visitors, helping to make their local experience more familiar with how they transact at home.

He said thousands of Chinese students and migrants also used Alipay, and merchants, particularly across the retail and hospitality sectors, also had the opportunity to offer a range of payment options giving customers more choice.

Richard Goodman, managing director of Heinemann Australia, said, “We are excited to partner with Tyro in launching Alipay. We know Alipay is not only the preferred payment method by many of our valued Chinese customers, it also offers increased convenience, with the trend toward cashless digital wallets. We look forward to rolling it out across our Australian stores.”

George Lawson, ANZ country manager at Alipay, said, “For many Chinese visitors, Heinemann is the first brand encountered on arrival in Australia. Alipay is delighted to see the deployment of Alipay at Heinemann's Gold Coast stores in partnership with Tyro, the first Australian bank to offer China’s leading payment method to merchants in Australia.”

Tyro says it will offer Alipay to its other eligible 20,000+ businesses from the second quarter of 2019.

More in this category: « YOVO and Blockpass seek to disrupt mobile services with secure blockchain Toughbook FZ-T1 thinnest, lightest in class: claim »
Share News tips for the iTWire Journalists? Your tip will be anonymous