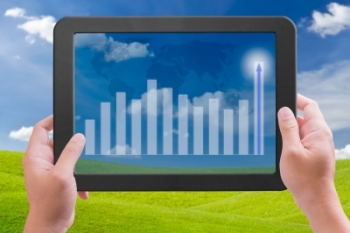 Tablet sales have decimated traditional PC and Mac sales but figures just published by one global analyst firm show a 9.7% decline in sales in Q2, 2013 over Q1. Why the dramatic slide?

All statistics need some perspective.

Note that x86 processor offerings in the form of hybrid/convertible/slider/Ultrabook/transformer are not included in IDC tablet statistics, instead classed as portable PCs (including Windows and Mac).

The report from IDC reveals that 45.1 million tablets were sold in Q2, 2013 - 60% up from the same period last year (y-o-y). While Apple remained the top tablet maker, Android collectively accounted for 62.6% of the market.

Apple originally reinvented and redefined this market with its iconic iPad. It shipped 14.6 million iPads in Q2 (19.5 million in Q1). While this is a 14.1% drop, it is an amazing result in a mature, oversupplied, fiercely competitive, commoditised market. In the absence of a shiny, new, feature packed model, its sales have slowed. It is now not the must have, cool device it was last year.

The iPad faces aggressive competition from Samsung dominating the now trendy Android tablet market. But, Samsung also lost ground (down 6% from 8.6 million in Q1 to 8.1 million) to stiff competition from brand names like Asus (2 million down from 2.6 million), Lenovo (1.5 million) and Acer (1.4 million), as well as sales of lower cost, no-name, Android tablets that collectively sold nearly as many units as Samsung.

Then there is the burgeoning Windows 8.x BYOD (bring your own device) market. "Microsoft-fuelled products are starting to make notable progress into the market,” said IDC. About two million Windows tablets shipped in Q2, a more than five times increase over Q2, 2012. Note, this excludes portable devices mentioned earlier.

The future of tablets

Both IDC and Forrester Research forecast that tablet sales will reach nearly 400 million units in 2017 - a logical prediction as tablets become a life companion (sorry to steal that phrase from Samsung’s S4 marketing). See the chart below, with the red line representing combined desktop and portable PC sales. 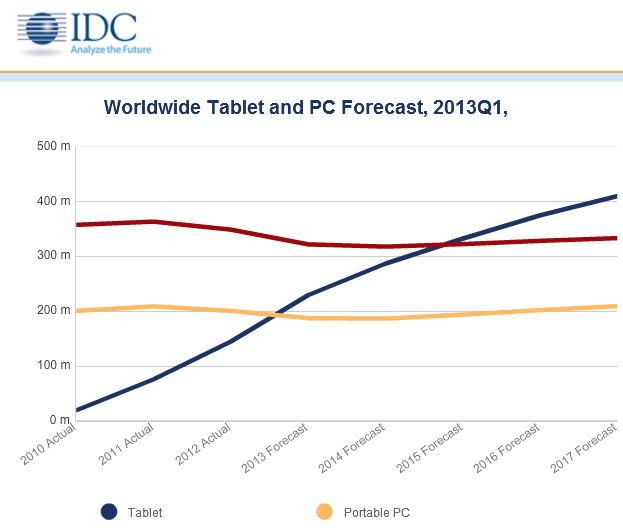 "In developed markets, tablets will streak past 'mass market' status to become what we term 'mainstay' devices - a third form factor carried by most online consumers," Forrester reports.

The real growth is in the consumer market with Android based, mini 8” taking on duties like e-readers, calendar, music/movie/TV consumption, and personal assistant. The average selling price has declined 10.8% to $381 – cheap enough to be semi-disposable and ubiquitous.

The 10” tablet market is in decline, as recent iPad sales have proven - not so much from other tablets – but from the BYOD Windows based devices required for seamless integration into the corporate sphere. “Business will account for 18% of purchases,” according to Forrester Research. 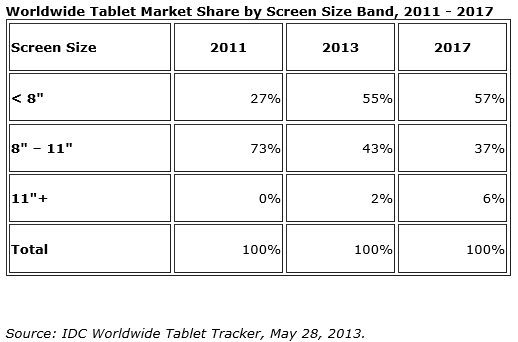 More in this category: « Tech21 toughens up iPhone 5, Galaxy S4 Samsung watch – patents filed but no sign of a watch »
Share News tips for the iTWire Journalists? Your tip will be anonymous