Tablet, Chromebook shipments come off the boil in 1Q2022 Featured 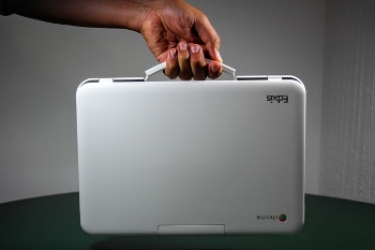 Image by Otto Garcia from Pixabay

Global tablet shipments for the first quarter of 2022 fell by 3% year-on-year to 38.6 million units, the technology analyst firm Canalys says, adding that Chromebooks suffered a much bigger fall, dropping 60% to 4.9 million units.

But, Canalys hastened to add, both tablets and Chromebooks had a record performance in the first quarter of 2021.

Canalys normally counts tablet shipments in its global PC figures, but this time the tablet figure appears to have been delayed.

Apple, which was the best selling tablet vendor, saw shipments fall by 2% to 14.9 million iPads. Samsung recorded a similar fall, to 7.9 million tablets.

Canalys analyst Himani Mukka said the resurgence of tablets was still strong despite the drop.

"The market has now posted eight consecutive quarters of shipment numbers greater than in 4Q 2019, before the pandemic," he said. 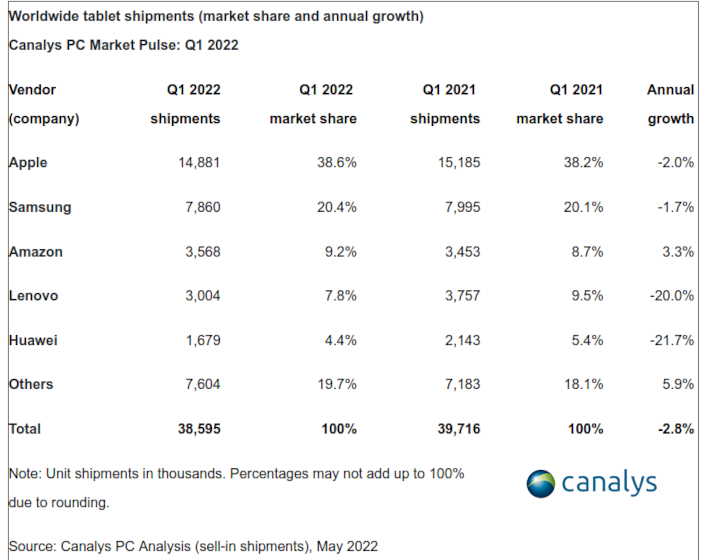 "Increasing commercial deployments are now helping to offset the softening of consumer demand that has followed the large build-up of the tablet installed base over the last two years.

"Looking ahead, the market will face greater pressure on supply from the Russia-Ukraine conflict and COVID-related lockdowns in China.

"Lingering tablet demand from 4Q 2021 was expected to extend into 1Q 2022, but the supply situation is now likely to push backlogs into the second quarter.

"From a regional perspective, Asia Pacific is set to be the growth engine for tablets as they cater to price-conscious users in markets where broadband connectivity is a luxury.

"For example, certain education deployments in India are bundling tablets with free cellular data packages to ensure students are equipped to handle new digital learning processes. In such markets, tablets are also able to support basic productivity needs at affordable prices and with better accessibility in the channel.” 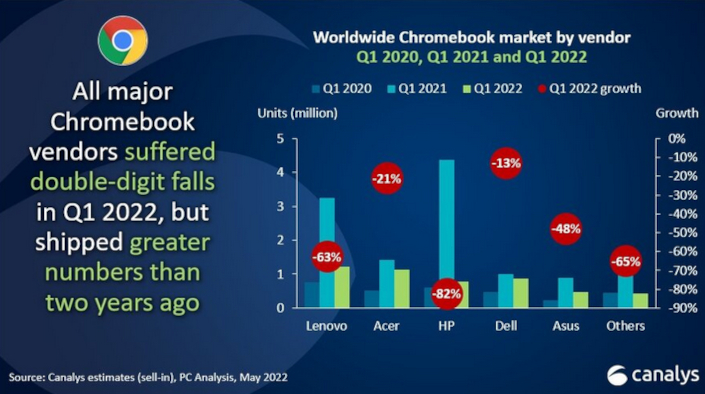 As far as Chromebooks go, the biggest fall - 64% year-on-year - was in the North American market which accounts for 72% of worldwide shipments.

“The global Chromebook market has undergone an expected slowdown,” said research analyst Brian Lynch. “The saturation of the Japanese and US education markets and a slowdown in consumer spending following the COVID-19 demand spike have brought inevitable declines in shipments.

"Nevertheless, Chromebooks still had an impressive 1Q when viewed in the wider context of historical performance, and growth is set to return as developed markets undergo refresh cycles in coming years.

"Further, developing education markets are starting to solidify their plans around digitisation, which will lend additional momentum to Chromebooks.

"The Latin American market is set to see a ramping up of Chromebook shipments as local and state governments, especially in Brazil, are quickly adopting the platform for educational purposes.

"Meanwhile, Indonesia has begun an initiative to start local manufacturing for Chromebooks, aiming to produce large volumes for both domestic education use and export.

"Chromebooks have faced difficulty in expanding beyond the education segment in a significant way, but remain a viable option in enterprise settings as an affordable and easy-to-manage option.

"Chrome was among the biggest winners of the pandemic in the entire PC ecosystem, a success that will extend well into the future as its market continues to mature.”

More in this category: « US smartphone sales fell 6% in 1Q22 as demand cooled: Counterpoint Sony WH-1000XM5 headphones arriving soon »
Share News tips for the iTWire Journalists? Your tip will be anonymous