Smartphones to become irrelevant in the next decade and a half, predicts GlobalData 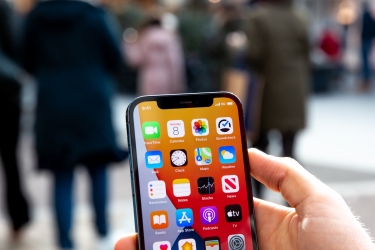 6G will encourage a shift towards mixed reality devices and make smartphones irrelevant in the next fifteen years, predicts research firm GlobalData.

According to GlobalData, research suggests that the public is already seeing a shift towards mixed reality such as Meta’s Quest Pro virtual reality (VR) headset as the market for the device is set to generate revenues of US$50 billion ($73 billion) by 2030.

GlobalData noted however that these devices are obtrusive and will not be likely worn by someone outside of home.

“Devices capable of mixed reality experiences will start to become far less obtrusive by 2030. Devices are slowly becoming untethered from the smartphone, with some already available—for example, the Apple’s Watch SE. Apple’s entry into any category jumpstarts consumer adoption thanks to its loyal customer base. With its upcoming mixed reality headset that is set to be launched in early 2023, and mixed reality smart glasses up its sleeve, Apple will be seeking a mainstream replacement for its iPhone in the next ten to fifteen years,” commented GlobalData senior analyst Anisha Bhatia.

According to GlobalData, Google is investing heavily in mixed reality segment for 6G. The tech giant has created AR glasses and haptic gloves available for mainstream and enterprise segments.

Bhatia concluded: “As mixed reality becomes more accessible and prominent in our daily lives, the human body will become the interface and the way we access this digital content. The big challenge for Apple and other companies will be to create a mixed reality ecosystem that makes sense and brings scalable returns. The 6G ecosystem itself will be diverse, with an array of niche players.”