Smartphone sales down by 6% in first half of 2019: Telsyte Featured 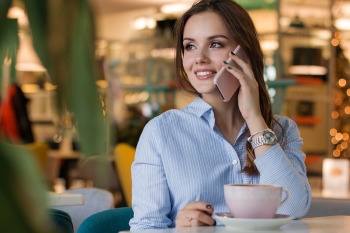 Image by Анастасия Гепп from Pixabay

A little more than four million smartphones were sold in Australia in the first half of 2019, the emerging technology analyst firm Telsyte says, adding that this was a drop of 6% year-on-year.

While about 1.7 million iPhones were sold, a drop of 13%, Android sales were steady at 2.3 million for the period.

The study found that the average replacement cycle was about three years for those who bought smartphones outright.

Samsung, OPPO and Huawei were the top three Android vendors. "It is worth noting OPPO improved the most, jumping from sixth to third overall in terms of repeat purchase intention rates, as the vendor continued to hold its position in the tightly contested Android market," the Telsyte report said.

Reacting to this, OPPO Australia managing director Michael Tran said: "Since 2014, OPPO has striven to take Australians beyond the traditional mobile experience. In only five years, OPPO has become an Aussie favourite — recently being recognised as number three in the smartphone market in both sales and brand loyalty — as we look to make premium possible for Australians.

"As the new era of intelligent connectivity evolves, OPPO will embrace new trends and drive innovation in smartphone technologies. To this end, we established our Intelligent Mobile Devices business unit this year, with the goal of exploring the intelligent hardware network and advancing future experiences in connectivity through 5G, AI and IoT.

"5G is set to be a game-changer that reshapes the smartphone industry. Its integration with other frontier technologies will further connect our world, delivering faster and more enhanced user experiences and services."

The Telsyte study said while the lack of a 5G iPhone would affect demand in the next 12 months, the arrival of such a model next year could re-ignite the market.

"All the evidence is suggesting that we are set for a super cycle in 2020 as consumers replace aging 4G handsets,” said Telsyte managing director Foad Fadaghi.