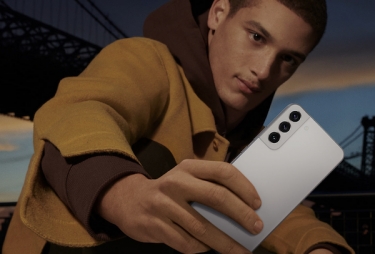 Samsung Electronics Australia has received the Most Satisfied Customers award from Canstar Blue for its smartphone category. This follows Samsung's distinction in the TV and home theatre systems categories for the second consecutive year.

Canstar Blue polled over 1,300 Australians who had purchased a smartphone in the previous two years, to rate the products on overall satisfaction. This included user-friendliness, design, durability, value for money, camera quality, and battery and charging performance.

Not only did Samsung top the list, but it also reached a five-star customer rating in all seven categories.

“At Samsung, we strive to be the best in every element of the consumer's Samsung experience. To be awarded this honour by Canstar Blue is truly humbling and I can promise we have an exciting journey ahead for our vastly growing Australian Samsung family,” said Samsung Electronics Australia vice president of mobile experience Garry McGregor. “Australia is a formative market for Samsung globally. Global trends get set in this market, as a country that is relatively dependent on our connected technologies. As such, this award gets recognition not just here but across the globe.”

“We’re proud to offer such a compelling line-up that suits customers’ needs. Our rapid growth draws on our experience in furthering technological innovation in the smartphone category, but also our establishment of an entirely new category with Foldables, which has now segued into the mainstream," McGregor said.

Meanwhile, Samsung has announced a Galaxy Unpacked event on 2 February 2023, which may potentially announce a reveal of the new Samsung Galaxy S series, and showcasing its new premium flagship range.

More in this category: « Five mobile games raked in $US 7.2b in 2022, $400m more than in 2021 Qualcomm creates in-display fingerprint sensor 3D Sonic Max »
Share News tips for the iTWire Journalists? Your tip will be anonymous