Sales of some Oppo, OnePlus models in Germany hit by lawsuit Featured 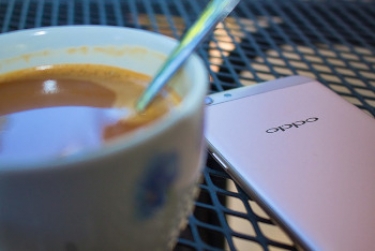 Image by Rattakarn_ from Pixabay

Some models of Oppo and OnePlus mobile phones will not be sold in Germany following a ruling by a Mannheim court in favour of Finnish telecommunications equipment vendor Nokia over a patent.

The ruling, by a regional court in the southwestern German city, was the second in as many months and said Oppo's use of some 5G and 4G technologies infringed Nokia's patents, according to a report in the South China Morning Post, which cited a statement from the Finnish firm.

The first ruling was issued in June. Oppo and OnePlus are both owned by Chinese firm B.B.K. Electronics which also owns the vivo, realme and iQoo brands.

Oppo constantly ranks as the fourth selling smartphone brand after Apple, Samsung and Xiaomi. Neither Nokia nor Oppo's owners have issued a public statement about the case.

Contacted for comment, an Oppo spokesperson told iTWire: "As an owner of many 5G patents, Oppo highly values the role of intellectual property in innovation. In 2018, Oppo and Nokia signed a 4G licensing contract. The day after the contract expired in 2021, Nokia went to court after asking for an unreasonably high fee for renewal.

"Fair access to essential patents is key to driving innovation. We have a history of establishing cross-licensing agreements with many of the industry's leading companies, and we are committed to promoting a long-term and healthy intellectual property ecosystem.

"The impact is limited to the German market. We are actively working with Nokia to resolve the business matter soon, and have also appealed the injunction enforcement. In the meantime, German users can continue using Oppo products, access after-sales services, receive future OS updates, and more."

In July last year, Oppo and OnePlus announced an alignment of the development of the two skins that the devices use — ColorOS and OxygenOS — over Android. But that plan was abandoned in March this year.

More in this category: « Apple 5G device sales blocked in Colombia due to patent issue i-Pro marks brand launch and reveals camera ranges in Brisbane »
Share News tips for the iTWire Journalists? Your tip will be anonymous