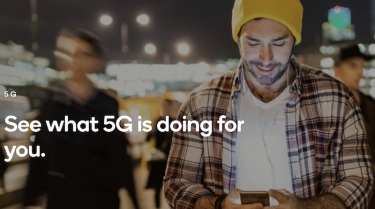 If there’s one company worth thinking about when it comes to what goes into 5G handsets, then Qualcomm springs to mind.

After capping off a solid financial year 2020, with its Q4 results beating all of its guidance estimates, the US-based components provider is preparing for explosive growth in the number of 5G handsets shipped in 2021, everyone of which will contain key Qualcomm components.

To give you an idea of the sort of numbers we are talking about, Qualcomm estimates for calendar year 2020 there will be 175-225 million 5G handsets shipped containing the company’s components. But in 2021 those numbers more than double to 450-550 million.

Of those handsets, Apple alone based on its own estimates will account for 230 million 5G iPhone 12 handsets.

And that number will be exceeded by the combined 5G Android market, much of which will also have Qualcomm products driving their devices.

Of course, the increase in 5G handsets shipped will also coincide with a decrease in 3G and 4G phones but Qualcomm still predicts high single digit growth in the overall number of handsets shipped.

The 5G handsets will contain a Qualcomm premium priced Snapdragon mobile platform, ranging from the Snapdragon 765 through to the Snapdragon 865+, comprised of an X52 or X55 modem, Kryo 475 CPU or Spectra 480 image signal processor, and Adreno 650 GPU or FastConnect 6200 Wi-Fi/Bluetooth Subsystem.

The above components will go into handsets at the premium end of the market so Qualcomm can expect a big 2021 thanks to a massive round of mobile upgrades driven by 5G.

Then of course there is the growing presence of Qualcomm components in the automotive, IoT and PC markets.

Qualcomm’s Q4 ending September 30 revenues and earnings easily beat the company’s guidance and it has set ambitious targets for Q1 2021, which judging by its finish to 2020, it may well once again exceed.

As a result of its Q4 report, the market responded by sending Qualcomm shares up12.9% in after hours trading to a new high of $145.60.

With earnings per share of more $4.50, a P/E of 32, and a big 2021 seemingly assured, a number of paundits are saying that QCOM stock is still an incredibly cheap buy.

This article first appeared on wirefreez.com.