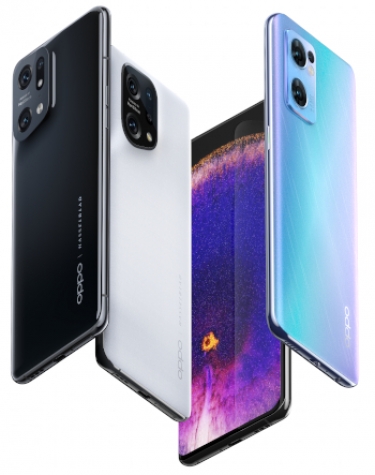 Chinese smartphone vendor OPPO has launched its new flagship line of devices, with the Find X5 series featuring its new neural processing unit which it claims will help overcome the problems that get in the way of recording video at night.

However pricing and availability in Australia will only be available at a later unspecified date. According to another website, prices are expected to start at around $780.

The company, which is part of the giant B.B.K. Electronics, claimed in a statement that the new NPU, known as MariSilicon X, would improve quality through its 6nm architecture, real-time RAW processing, and up to 20x faster 4K AI performance.

Another new feature in the X5 line is Hasselblad Camera for Mobile, an addition that has been made possible through OPPO's tie-up with the German company which was announced earlier this month.

The focus on providing a better camera is a natural outcome of OPPO's decision to try and get Apple users to switch, after the American vendor recorded extremely good sales in China.

There are three devices in the X5 range: the Find X5 Pro, the Find X5 and the Find X5 Lite. The Pro device is built atop Qualcomm's Snapdragon 8 Gen 1 SoC, while the X5 uses the Snapdragon 888 and the X5 Lite uses a MediaTek Dimensity 900. 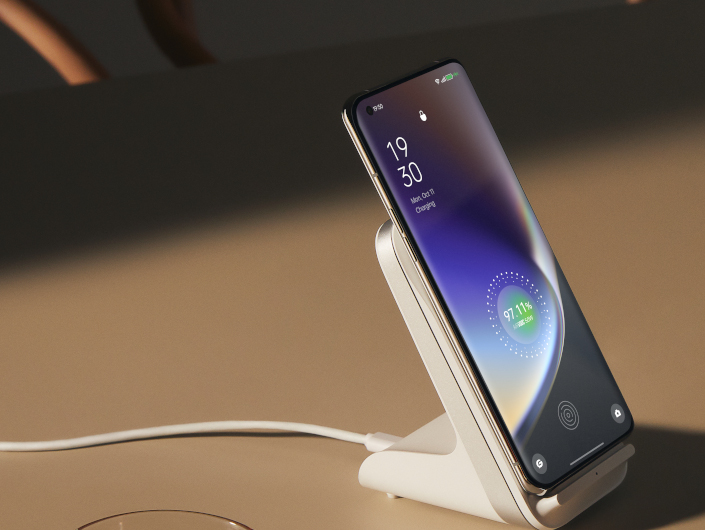 The OPPO X5 Pro being charged over wirelsss. Supplied

The 5000mAh battery is standard and with 80W SUPERVOOC Flash-charging technology, the company claims the X5 Pro can be charged from close to empty to 50% in 12 minutes. Wireless charging is claimed to reach 100% in 47 minutes. Charging times for the other two models have not been specified.

"[The] Find X5 Series showcases the continued elevation of the Find X series, both in terms of capability and aesthetics. With the announcement of our new series we are raising the bar for flagship smartphone performance with OPPO's best-ever technology and product experience," said OPPO Australia managing director Michael Tran.

"Elsewhere, many of OPPO's breakthrough innovations can be found on the Find X5 Series such as our upgraded 360° Smart Antenna 3.0 ensuring stable connectivity.

"Beyond the phone itself, we have focused our attention on the overall customer experience. Find X5 Series owners will have access to OPPO's premium International Warranty Service, which can be used at over 2500 service centres in 62 countries and regions across the globe."

More in this category: « Acer adds Swift 5 and 3 to its Swift line OPPO debuts new mobile charging tech, 5G hub at MWC »
Share News tips for the iTWire Journalists? Your tip will be anonymous