OnePlus confirms launch of next device on 21 July in Europe, India 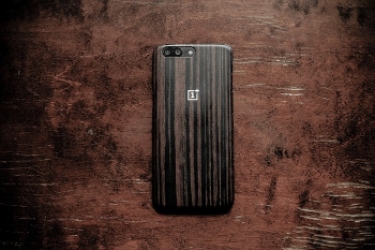 Image by kerttu from Pixabay

Chinese smartphone maker OnePlus will launch its next model, the OnePlus Nord, on 21 July, the company has confirmed, after the news was leaked by Amazon's India outlet.

The launch will be at 2pm AEDT, with the function to be an affair featuring augmented reality. OnePlus has encouraged those who want to watch the launch to download the OnePlus Nord AR app.

Customers in India will have to pay 499 rupees (A$9.55) through Amazon India to place pre-orders. Another incentive to buy is the offer of a OnePlus Bullets Wireless V1 headphones and a phone cover for those who buy the device by 31 August.

Some details about the innards of the device have emerged, along with an indication of the price. While the last models, the OnePlus 8 and the OnePlus 8 pro cost US$699 (A$1003) and US$899 (A$1290) respectively in the US, the Nord is expected to be priced below US$500.

And it will be built on the Snapdragon 765G Soc with a flagship camera. The device will not be launched in North America first, with the company's chief executive, Pete Lau, saying: "We are going to start relatively small with this new product line by first introducing it in Europe and India.

"But don't worry, we're also looking to bring more affordable smartphones to North America in the near future as well."

The OnePlus 8 has made a decent impact in the US to the extent that both T-Mobile and Verizon are offering it on plans.

Majority owned by OPPO, a subsidiary of BBK Electronics, OnePlus is sold in 34 countries and is headquartered in Shenzhen.

More in this category: « Boost says to get new digital stack over the next 12 months Huawei releases Find Apps widget for users to... well, find apps »
Share News tips for the iTWire Journalists? Your tip will be anonymous