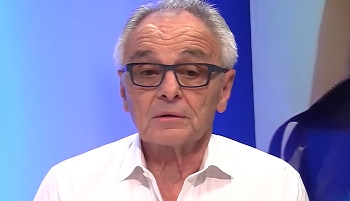 The failure of Windows Phone was avoidable, but Microsoft's culture made it inevitable, according to a former Apple chief executive, Jean-Louis Gassée.

Gassée, who was the head of Apple France in the 1990s and became the chief of Apple USA after the late Steve Jobs was forced out in the same decade, said while many analysts were inclined to point to Android as the cause for the Windows Phone failure — Microsoft's latest results had one line about its phone division: “Phone revenue was immaterial and declined $361M.” — it was the culture at Redmond that cause the phone project to fail.

"This (the failure) doesn’t come as a surprise," he said. "Despite Microsoft’s strenuous efforts to breathe life into its smartphone platform and devices, Windows Phone had been on an inexorable downward slope for several years."

He pointed out that in September 2010, Microsoft employees had held what was described as a tacky funeral for the iPhone and the Blackberry handset. "One wonders how they'll memorialise Windows Phone," he added.

Those who blamed Android for the demise of Windows Phone argued that Windows money-making software licensing business could not compete against a free and open source platform.

But Gassée said that those who advanced this argument were off the mark.

"Microsoft’s smartphone troubles started well before the birth of Android," he said. "In a reversal of the famous dictum Victory Has Many Fathers But Defeat Is An Orphan, Windows Phone’s collapse seems to have had many progenitors deeply embedded in the company’s decades-old culture."

Gassée advanced a hypothetical scenario in which Microsoft made its phone platform free; given that it had much better connections to hardware OEMs and software developers at the time, use would have spread among both business and other consumers.

"By offering the Windows Phone platform free, the company sacrifices licensing revenue, but this unnatural act is more than compensated for by the expansion of the Windows ecosystem," he said, continuing with his hypothetical situation. "Windows PCs become more attractive, more compatible with the outpouring of mobile devices and applications created by enthusiastic hardware makers and eager app developers."

Microsoft's reach and might would have made the free Windows Phone an unbeatable proposition and when Android was unveiled in 2007 and the first G1 from HTC in 2008, both would have been unable to compete with Microsoft's ecosystem, he said. 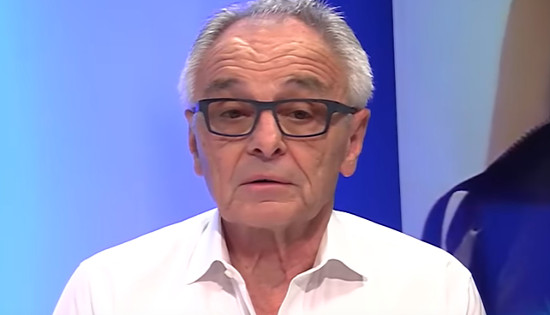 Jean-Louis Gassée: "Windows Phone’s collapse seems to have had many progenitors deeply embedded in the company’s decades-old culture."

But in the real world, Microsoft made a series of bad decisions due to the culture that was entrenched within its ranks.

Gassée said Microsoft was hampered by its success. "When smartphone trouble started, Microsoft was at the height of its power. ... it knew it owned the magic formula. Look at our numbers!", he said, noting that Nokia and RIM/Blackberry were similarly blinded by their success.

The orthodoxy at Redmond placed the PC at the centre of the universe and when smartphones took centrestage, the company blocked out talk of a post-PC world, treating smartphones and tablets as "companion devices".

While Microsoft treated these devices as a sideshow, both Google and Apple made strides ahead with mobile operating systems that were superior to Windows Mobile, which was a descendant of Windows CE, Gassée said.

Windows Mobile became the modern Windows Phone only in 2011 or 2012 and it was far too late: licensees were not lining up and the platform was on life support.

Gassée said Microsoft had then tried a couple of desperate moves - first, a licensing deal with Nokia which led to the successful Finnish phone maker effectively killing its own line and announcing a new line of Windows Phone devices.

"And, third, instead of enticing handset makers to sign a licence because mighty Nokia proves the platform’s strength, would-be partners feel they can’t compete while paying for a Windows Phone licence that is effectively free to a big competitor."

Once Nokia announced it would be making Windows Phone devices, the company line of Symbian devices collapsed, something Gassée said was described as the Osborne effect.

In 2013, Microsoft bought Nokia because the situation of the latter had become really bad. But all this resulted in was a writeoff of US$7.6 billion in 2015 and the laying off of 7800 employees mostly in Microsoft's phone business.

"We know who/what killed Windows Phone, and it’s not Android," Gassée said. "We could point fingers at one or more Microsoft executives as the culprits, but that misses the point: Microsoft culture did it.

"Culture is dangerous; under our field of consciousness, it sneakily filters and shapes perceptions, it’s a system of permissions to emote, think, speak, and do."