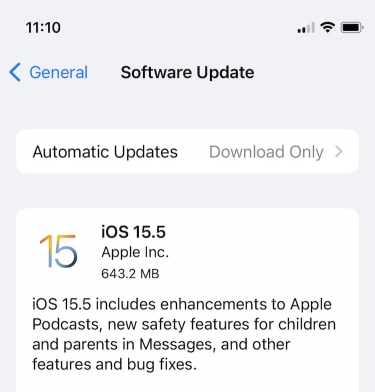 This feature is now available in Australia, New Zealand, Canada and the UK, in addition to the US.

Podcasts now allows users to limit episodes stored on the device and automatically delete older ones, just as it does on macOS Monterey 12.4, which was released overnight alongside iOS 15.5 and iPadOS 15.5.

The updates also include unspecified bug fixes as well as more than two dozen security fixes, some of which should be considered critical as the underlying flaws allow the execution of arbitrary code with system or privileges.

The Apple Cash feature (only available in the US) has been enhanced to allow users to request and send money from Wallet.