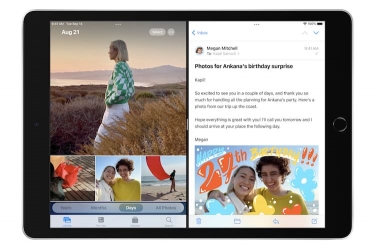 Apple has pushed out a second update to iOS 15 and iPadOS 15 less than two weeks after the first, which in turn arrived less than a fortnight after the debut of the latest versions of Apple's mobile operating systems. watchOS 8 has also been updated.

iOS 15.0.2 and iPadOS 15.0.2 include a fix for a vulnerability in IOMobileFrameBuffer that was discovered by an anonymous researcher and was reportedly being actively exploited.

The vulnerability could be used to allow the execution of arbitrary code with kernel privileges.

iOS 14.8, iOS 15.0, iPadOS 14.8 and iOS 15.0 fixed a vulnerability that was used by the notorious Pegasus spyware product from NSO Group. While Pegasus is nominally only for use against criminals and terrorists, there have been several reported cases of it being deployed against critics or opponents of various governments, and even by criminal gangs against journalists.

One addresses the problem where photos saved from Messages could be deleted of the associated message or thread was deleted, another could prevent an AirTag appearing in the Find My Items tab, and the third could prevent an iPad mini (6th generation) from being updated or restored via the Finder or iTunes.

watchOS 8.0.1 has no acknowledged security fixes. Apple said "This update has no published CVE entries", but that's not the same thing.

It does address two issues affecting Apple Watch Series 3, specifically that software update progress may not be displayed accurately, and that Accessibility settings may not have been available.

More in this category: « OPPO launches ColorOS 12, gets closer to stock Android Chip shortages may force Apple to cut iPhone 13 production »
Share News tips for the iTWire Journalists? Your tip will be anonymous