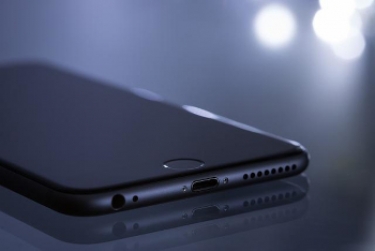 Global smartphone sales fell below 100 million units in May, the second time this happened since it first occurred after the pandemic broke, the technology analyst firm Counterpoint Research claims.

It said despite a V-shaped recovery after the COVID wave hit in 2020, smartphone sales were yet to reach pre-pandemic levels. Supply constraints and COVID waves had first affected the market, followed more recently by less demand due to inflation, the slowdown in China and the Russia-Ukraine war.

Research director Tarun Pathak pointed out that demand for a new smartphone, especially in wealthier countries, was driven by replacement, making it a discretionary purchase.

"And inflationary pressures are leading to pessimistic consumer sentiment around the globe with people postponing non-essential purchases, including smartphones," he said.

"The strengthening US dollar is also hurting emerging economies. A segment of consumers is likely to wait for seasonal promotions before purchasing to offset some of the cost pressures.“ 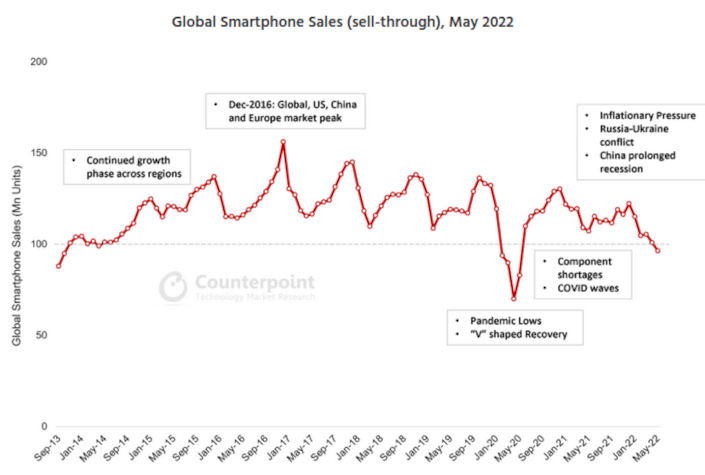 "The smartphone market in China recovered slightly month-on-month in May as lockdowns eased, he said. "However, it remained 17% below May 2021. There may need to be a new baseline market size defined for China’s smartphone market.

"Added to this is the uncertainty created by the Russia-Ukraine crisis, which is hurting demand in Eastern Europe. None of the OEMs seems to be spared from the negative impact on demand caused by a mix of these factors.”

Low demand was leading to a build-up of inventory which in turn resulted in declining shipments and lower orders from manufacturers, with the April-June quarter expected to be the worst hit.

The situation is gradually expected to improve during the second half of 2022. "June also marks the beginning of promotions in several regions, like 618 in China, back-to-school in August, Diwali in India followed by Christmas and New Year," the firm said.

"It will also mark notable launches like the new Samsung Galaxy Fold series and the iPhone 14 series, which can help ignite some demand."

More in this category: « Apple dominates 1Q22 premium smartphone sales with 62% due to iPhone 13 Likewize repairs phones and tablets where you are »
Share News tips for the iTWire Journalists? Your tip will be anonymous