Foldable smartphone shipments forecast to grow by 73% this year Featured 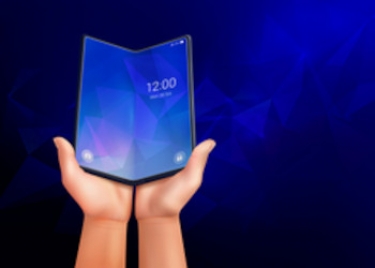 Shipments of foldable smartphones have been predicted to grow by 73% year-on-year in 2022, with the forecast from tech analyst firm Counterpoint Research rather coincidentally coming on the same day that Samsung launched its latest foldable devices in New York.

Shipments this year are expected to reach 16 million units, Counterpoint said in a statement, adding that shipments were forecast to reach 23 million units in 2023.

The tech analyst firm said Samsung was still the leader in a category that it created with its Galaxy Fold.

In 2021, there were nine million foldable smartphones shipped; Samsung has cornered 62% of the market in the first half of this calendar year. Huawei and Oppo were second and third, quite a distance behind with 16% and 3% of shipments respectively.

Senior analyst Jene Park said "Samsung has led the market since the beginning, and we think its dominance will continue for some time. Huawei, Oppo, Xiaomi and vivo are all introducing new foldables, but they are mostly limited to the Chinese market. Motorola may be the only contender in markets like the US for now.” 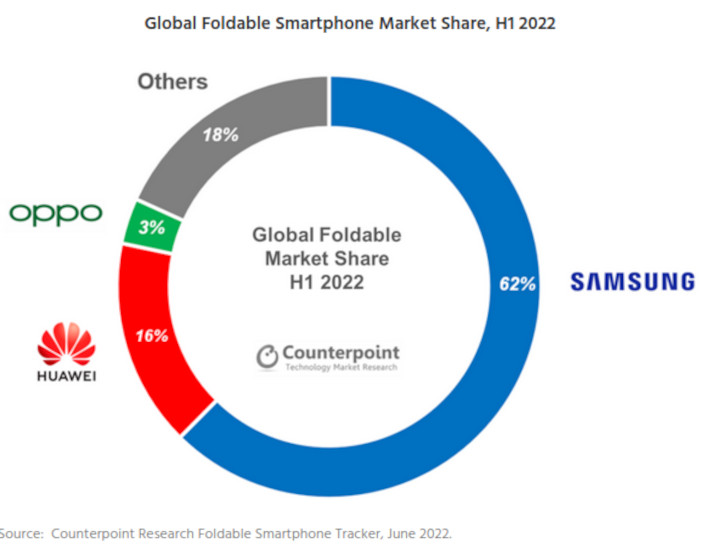 “We expect the new Galaxy Fold 4 and Flip 4 combo to continue Samsung’s momentum in the space and sell close to nine million units this year, helping the company’s 2H 2022 foldables share to jump to 80%.”

Park added: “Foldables not only bring fresh design to smartphones — traditionally ruled by bar-type form factors — but also more screen real estate. This is growing in importance with smartphone use cases expanding, especially across media, entertainment and work.”

More in this category: « Oppo releases two models of A77 5G device in Australia MiFi X Pro 5G mobile hotspot arrives at Telstra »
Share News tips for the iTWire Journalists? Your tip will be anonymous