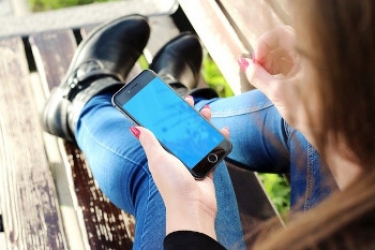 Sales of smartphones with an average selling price of more than US$400 (A$533) — a category that has been labelled premium — increased by 24% year-on-year, the technology analyst firm Counterpoint Research says, adding that this outpaced by far the growth for the overall smartphone market last year.

Going by Counterpoint's figures, that growth for the whole of 2021 was 7%; iTWire reported a figure of 6%, based on figures from technology analyst company Gartner.

However, the company did not provide any numbers, making it impossible to judge what the extent of growth was. Gartner's figure for total sales in 2021 was 1.4 billion units.

Counterpoint said for 2021, the premium segment contributed 27% of global sales, the highest it has reached.

Research director Tarun Pathak said: “The premium market growth in 2021 was driven by a mix of factors, including replacement demand, OEM strategies and supply-chain dynamics.

"Upgrades to the affordable-premium segment in emerging economies and replacement demand for 5G devices in advanced economies continued to drive growth. 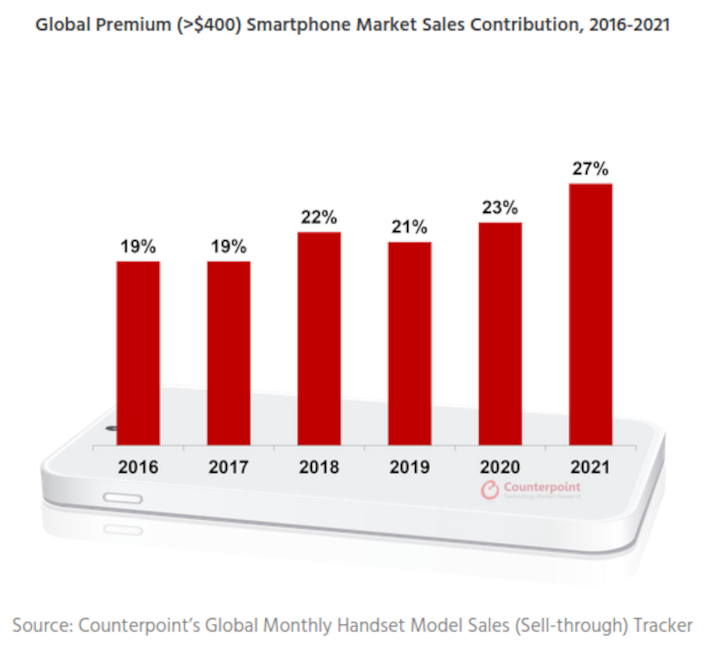 "OEMs including Apple, OPPO, vivo and Xiaomi were aggressive in capitalising on the premium market gap left by Huawei, especially in China and Western Europe, driving growth in the segment.

"Amid the supply chain woes, the ecosystem players also prioritised the premium segment devices due to increased margins and profitability. The growth rate was also somewhat higher in 2021 due to the sales and launch schedules in 2020 being impacted by the pandemic.”

As with so many other categories, Apple was again the dominant seller in the premium segment, accounting for some 60% of sales. 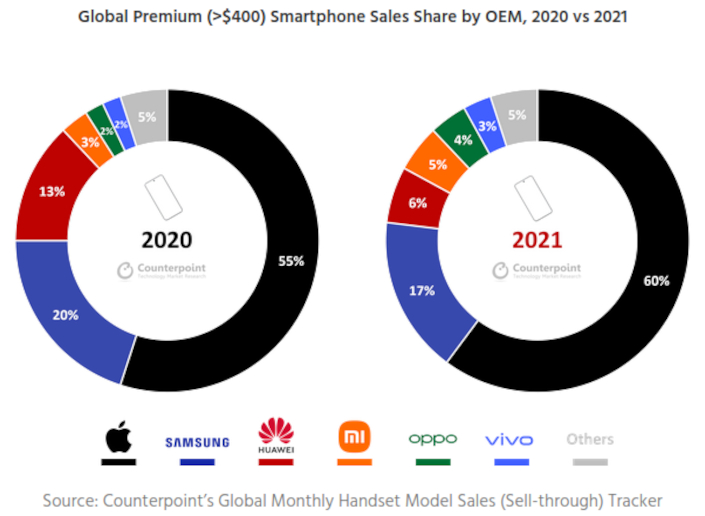 "The delayed launch of Apple devices in 2020 also pushed demand to 2021. Apple, with its strong brand power, is in the best position to gain Huawei’s premium smartphone users," the analyst firm said.

"This is also indicated by Apple’s growth in China, where the brand reached its highest ever market share in Q4 2021. Apple was the top OEM in the premium segment in every region in 2021."

Samsung’s sales of its premium models increase 6% year-on-year, but it lost share with the S21 doing better than the pandemic-hit S20.

The Galaxy Z Fold and the Flip series, which were launched in the second half of 2021, also sold well, especially in South Korea, North America and Western Europe.

But these gains were balanced by a lack of a new Note series and an FE series refresh in 2021. Component shortages also affected Samsung. 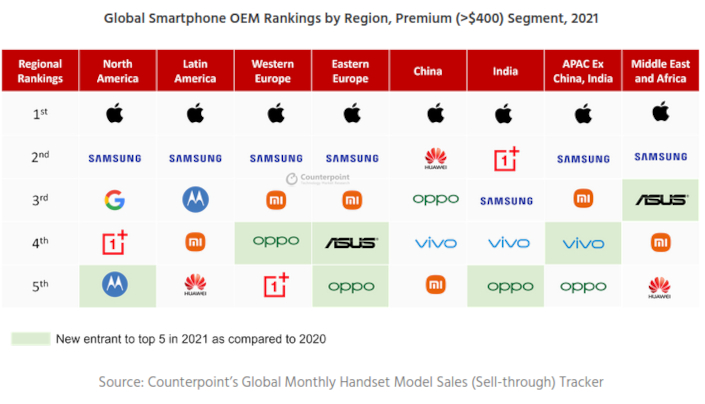 "OPPO (not including OnePlus) and vivo’s sales more than doubled in the premium segment in 2021, growing 116% and 103% respectively to help them make inroads into the top five premium brands in several regions," Counterpoint said.

"The rebranding of Reno in early 2021 helped OPPO capture the affordable-premium segment in China. OPPO has also been gaining steadily in the European market, aiming to fill the gap left by Huawei. vivo’s growth was driven by the X60 and X50 series in China and Southeast Asia.

"Xiaomi’s gains were driven by the Mi 11 series. Xiaomi featured in the top-five list for the premium segment in almost all regions where it operates. ASUS also gained with its focus on the niche gaming segment. LG’s exit from the smartphone market helped Motorola, Google and OnePlus gain in the North American market."