Millions of Australian consumers will pay more for their mobile phone plans after recent price increases by all three big telco companies, according to new analysis by the competition regulator, the ACCC.

The ACCC notes that Telstra, Optus and Vodafone collectively hold 87% of the total retail mobile phone market, and have more than 95% of the post-paid market.

“Our analysis shows that consumers will now be left paying significantly more for a range of mobile phone plans at Telstra, Optus and Vodafone,” ACCC Chair Rod Sims said.

“The behaviour of the three big telcos would suggest they are not concerned about losing customers to rivals.”

The ACCC says that during the past 12 months, Telstra increased its post-paid mobile plan prices by between $5 and $15 per month and Telstra has also reduced the recharge expiry on 35 and 42 day pre-paid plans to 28 days, which it says “effectively equates to a price increase of between 25 per cent and 50 per cent over a year”.

“In May, Optus raised the price of all of its post-paid plans by $6 per month, which is an increase of between 8 per cent and 15 per cent. There has been no increase, however, in the cost of Optus’s pre-paid plans.

“Vodafone’s post-paid plans have also gone up by between $5 and $40 a month, however, the increases are currently accompanied by heavy discounting and temporary bonus inclusions.

“In December 2020, Vodafone’s pre-paid plans that previously featured a 35 day expiry reduced to a 28 day expiry for the same monthly cost. Over a year, this effectively equates to a 25 per cent price increase.

“These mobile price increases follow the merger of TPG and Vodafone in 2020,” the ACCC observes.

“The ACCC opposed the merger of TPG and Vodafone because we were concerned it would lead to higher mobile prices, and result in three similar providers with little incentive to compete strongly,” Sims said.

“Despite evidence showing the three mobile network owners reacted strongly to the potential competitive threat of a new TPG network, the Court considered that the merger would be pro-competitive, allowing Vodafone to compete more effectively against Telstra and Optus.

“When markets end up with a smaller group of large look-alike players with stable positions, competition is muted and consumers pay more,” Sims said.

The ACCC says it encourages Telstra, Optus and Vodafone mobile customers to compare the prices and features offered by smaller providers that re-sell services on the networks of the three mobile network operators.

“Small providers offer cheaper alternatives for consumers. Although their plans usually don’t include extras such as access to content, their voice calls, SMS and data packages are similar to those offered by the three networks operators,” the ACCC observes.

“Telstra, Optus and Vodafone customers could save between $5 and $25 per month, and possibly more, by moving to a different provider with comparable data inclusions.

“In light of Telstra, Optus and Vodafone offsetting recent price increases with higher data allowances, the ACCC also encourages consumers to check how much data they typically use and choose a plan that covers only the data they need.”

According to data released as part of the ACCC’s latest Internet Activity Report, the average mobile phone user in Australia consumes less than 15 GB of data per month.

The report notes that plans that include at least 15 GB of data, as well as unlimited national calls and texts, can be found for as little as $25 per month.

“We suspect many customers who have recently had their mobile provider justify a price increase with higher data usage would prefer the previously available lower monthly fee in exchange for a lower data allowance,” Sims said.

“We want all mobile customers to know that switching to a new provider is a very simple process, and the new provider will move your existing number over for you.

“Before changing over, we encourage consumers to compare different providers’ geographic coverage, and consider their individual needs, as not all providers offer the same coverage. 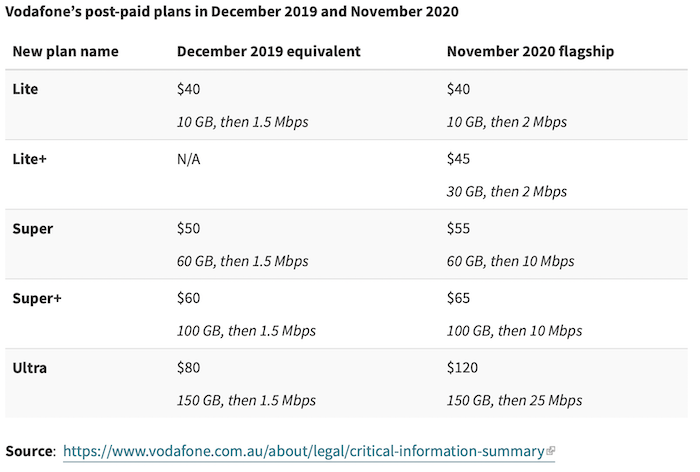 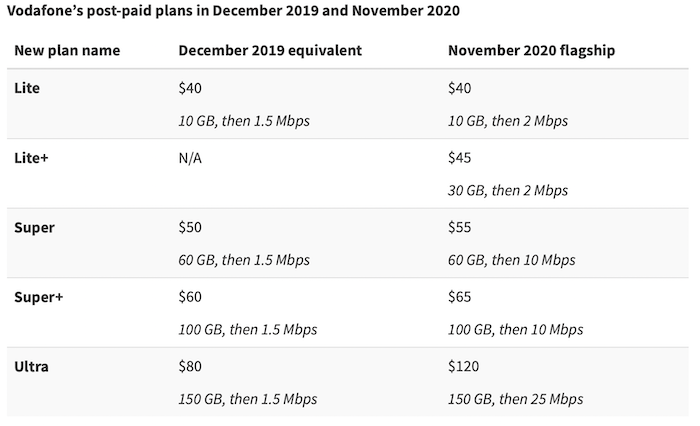 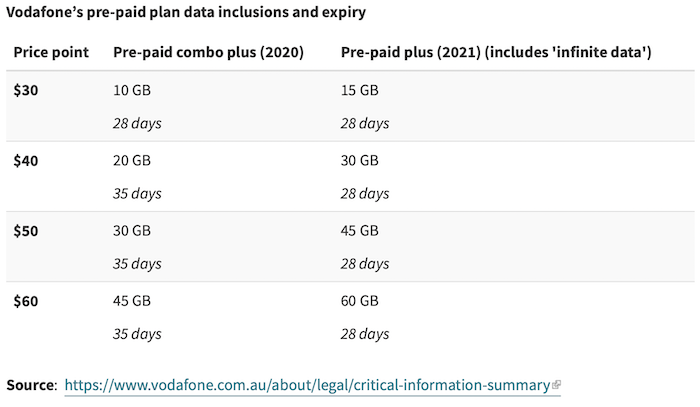 More in this category: « Do public Wi-Fi users know the risks? LinkedIn joins iPad bandwagon »
Share News tips for the iTWire Journalists? Your tip will be anonymous