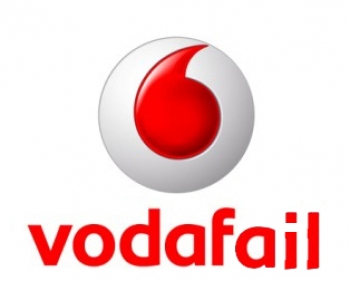 The Sydney legal firm is a litigation specialist known for proactively organising class actions. It will now bring one against Vodafone on behalf of over 20,000 customers over bad service and poor coverage.

Piper Alderman has threatened legal action against Vodafone since early 2011, but has never proceeded. Until now. Yesterday it invited media to its plush offices in Sydney’s Governor Macquarie Tower for a detailed announcement, at 11am today. Game on.

The action is being led by Piper Alderman’s Sasha Ivantsoff, who was made a partner in the firm in 2009. Ivantsoff has been putting the case together since then, seeking claimants and surveying them about the nature and extent of their losses.

In an interview with legal trade journal Lawyers Weekly in January 2011 he said “the nature of the claim is essentially that Vodafone's service isn't providing the services that you would expect.” Ivantsoff said at the time that it would also be look at privacy breaches.

The class action is part of the continued fallout from Vodafone’s well publicised network problems a few years back, highlighted by the website Vodafail. Vodafail has been one of the most successful customer complaint sites in Australia. Started by consumer activist Adam Brimo, its amusing video on YouTube, Vodafail, The Musical, has been viewed more than 200,000 times.

So, is Piper Alderman an opportunistic ambulance chaser or a a crusader for the common good? Is this a really appropriate issue for a class action? Of course Vodafone fouled up, and a few people were inconvenienced, but it’s not life and death stuff.

You can argue about whether Piper Alderman should be doing this, but what is not at dispute is the fact that it’s another distraction Vodafone doesn’t need.

Vodafone said it cannot comment on the action, as Piper Alderman has not been in touch and has not provided any details. It will not have to wait much longer.