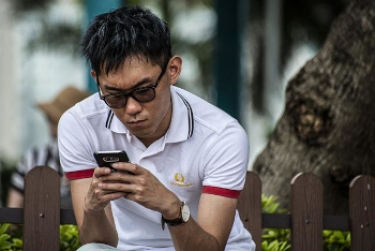 Image by Mario Ohibsky from Pixabay

Smartphone sales in China have fallen to a fresh low in the second quarter of 2022, dropping 14.2% year-on-year, the technology analyst firm Counterpoint Research says.

No sales figures were provided, but going by the figures published by Counterpoint for the second quarter of 2021 — which was 75 million units — the 2Q 2022 figure would have been close to 64.4 million units.

The firm said the second quarter figure was less than half the peak reached in the fourth quarter of 2016, adding that the last time sales were this low was in the final quarter of 2012 when the iPhone 5 made its debut.

Among the brands, vivo kept its top spot during the quarter, followed by Honor and Oppo. Apple was fourth.

Senior analyst Ivan Lam said China's economy had grown only 0.4% year-on-year in the quarter, lower than the expected 0.8% to 1.0%. 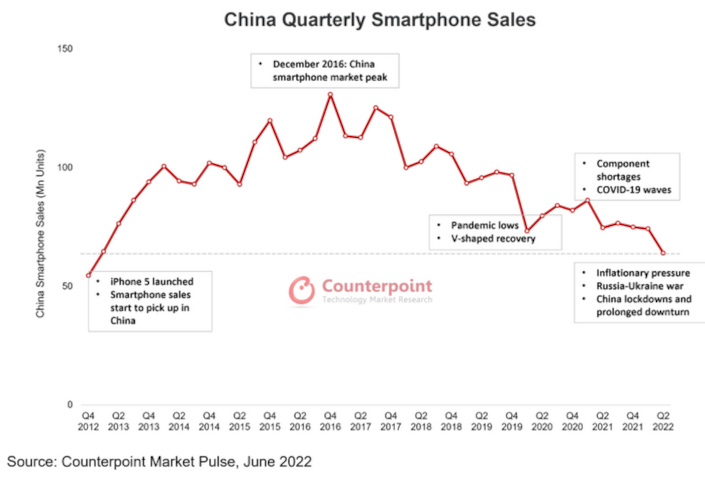 "During this period, major cities across China, including financial and manufacturing hub Pan-Shanghai, went through full or partial lockdowns," he said. "The hardest hit was the services sector, which fell into contraction territory, from 4% year-on-year growth in the first quarter to 0.4% in the second quarter.

Lam said sales had risen during the 618 e-commerce promotion period and with the gradual lifting of lockdowns in major cities.

"However, the sales during this promotion period were still down around 10% year-on-year," he added. "Given the low sales volume number for Q2 2022, we expect smartphone sales to rebound in the next quarter.

"At the same time, with the demand continuing to be underwhelming due to weak consumer sentiment and lack of new innovations, it is going to be very hard to make the situation better in the second half when compared to last year.” 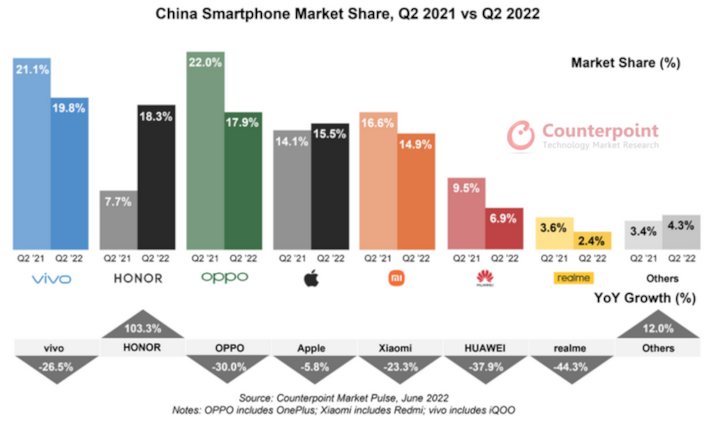 “Honor continued its great comeback by expanding its offline presence. With the lockdowns hitting major cities, Honor’s coverage in lower-tier cities, which saw fewer lockdowns, helped the brand steer through the turbulence in Q2 2022.

"It may be noted that Honor managed to take share from all the leading Chinese brands, including Huawei, during the quarter. It is time for Oppo and vivo, known as the 'offline channel kings', to take Honor seriously.”

Apple's showing during the quarter was due to iPhone 13 sales, while Xiaomi's Redmi K50 and Note 11 series helped it take the fifth spot.

Research analyst Archie Zhang said: “The increasing 5G penetration in China allows Xiaomi to tackle the shortage of 4G/LTE SoCs. But though its products can be seen on the shelves of more than 10,000 offline shops, Xiaomi is still grappling with sluggish sales.”

More in this category: « i-Pro marks brand launch and reveals camera ranges in Brisbane Global smartphone sales take a hit for fourth quarter running »
Share News tips for the iTWire Journalists? Your tip will be anonymous