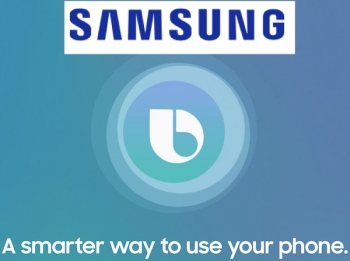 Just as Samsung is preparing to launch its stylus-enabled Note 8 smartphone in hours' time, and has likely launched as you read this, the company has fortuitously launched Bixby globally outside of US and South Korea just in time.

If Samsung hadn’t managed to get Bixby out on time for a global launch for the third major Samsung smartphone designed to run Bixby, it would have been a bad look.

That third unit is the Samsung Galaxy Note 8, following the Galaxy S8 and S8+ launched earlier this year.

Of course, it already was a bad look that such a hyped feature wasn’t able to be rolled out at launch, and claims that more big data was needed (which it clearly was or the launch would have happened earlier), but we can now forget about the lack of Bixby, because Bixby is here at long last.

Available today in “more than 200 countries and territories worldwide”, Samsung also says that “in addition to South Korea and the United States, consumers in (all those) countries, including the UK, Australia, Canada and South Africa will be able to utilise the intelligent interface to help them get things done faster and easier".

All you need to do is to press the dedicated “Bixby voice key” or swipe to Bixby Home to be offered the update prompts, which you need to follow.

Garry McGregor, Samsung Australia’s director of IT and Mobile, said: “Bixby is an intelligent way of interacting with your Samsung smartphone.

“With the introduction of Bixby voice, our Australian customers with a compatible smartphone will be able activate the power and functionality of the Bixby experience simply by speaking with their device."

And, in case you were wondering how well Bixby would interact with Aussie ocker voices and accents, well, you’ll have to find out for yourself, but Samsung says Bixby voice has been “continually tested and optimised for Australian customers”, and “designed to complete a range of complex tasks when using a compatible Samsung smartphone".

An example of how Bixby brings “enhanced smartphone productivity and personalisation” is through Quick Commands, which Samsung says is “a feature that allows you to easily create a custom voice command to use in place of a sequence of one or more commands".

One example given is to use the voice command “good night” as a shortcut for “Turn on Do-not-disturb mode, set an alarm for 6:00 AM and turn on blue light filter".

And, as you’d expect of a modern 21st century intelligent assistant, Samsung tells us that “Bixby is designed to also understand the way you actually speak, ask questions and make requests".

Another example is when you take a photo, and then tell Bixby to “send the picture just taken to Mum".

Samsung further explains that “Bixby understands cross-application commands and should know which photo you are referring to and text it to your Mum".

We are told that “this natural language understanding makes interacting with your smartphone easier and more intuitive,” and naturally, Samsung promises that its “iterative deep learning technology” will see Bixby “improve over time to recognise your personal preferences and ways of speaking".

It’s also a clever way of further locking you in to Samsung’s ecosystem, for if you have trained Bixby to better understand you, you’ll obviously lose all of that if you switch to an iPhone or other brand of Android – unless Samsung releases Bixby for Android and iOS in the future, of course.

Samsung also talks up Bixby’s "uniqueness" in that it is “an intelligent interface, rather than a standalone app".

You see, “when an application becomes Bixby-enabled, Bixby should support almost every task that the application is capable of performing using voice, touch or text".

It’s something Apple has worked to enable Siri to do, and presumably Google Assistant too, and you’d assume Microsoft is also doing the same for Cortana, because it is simply the natural order of things with a digital assistant – it’s not too good if it can’t interact with your apps, and can only set appointments, reminders, text messages, calls etc.

Samsung also boasts “Bixby’s deep integration is built into the smartphone settings so that you can change phone options — such as setting the screen timeout or showing all notifications — without interrupting what you are currently doing.”

No doubt that’s a feature to be quickly copied by other intelligent assistants, if not already available.

Samsung’s executive vcice-president and head of R&D, Software and Services, Injong Rhee, echoed part of what McGregor said, and told us more or less what we’ve already read above, which is that: “Now millions of customers worldwide have access to a new and intelligent way of interacting with their phone.

"The expansion of Bixby’s voice capabilities is an initial step in the continued rollout of Bixby functionality. In the future, Bixby will have the learning power to offer more intelligent and personalised interactions and seamless connections across more devices.”

Those devices will presumably be other Samsung consumer electronics, connected appliances and white goods in the future, with Samsung stating its plans to “continue expanding Bixby’s voice capabilities to additional countries, languages, devices, features and third-party applications. By further enhancing its mobile experience and solutions offerings, even more users can interact with their device and manage their apps and services more seamlessly and instinctively.”

So, whether Bixby ever makes it to other Android devices, iPhones or iPads, in the way that Google Assistant and Cortana are more widely available, if you have a Galaxy S8 or S8+, and you’ve been patiently waiting for Bixby to finally go live in its entirety, then that wait, for most S8 and S8+ owners worldwide, now over.

You will have to speak either Korean or English, at least for now, with Samsung stating: “Voice command recognises English (US) and Korean. Not all accents, dialects and expressions recognised. Service ability may vary by country or carrier. Natural language understanding allows Bixby to continuously improve its ability to interpret regional dialects. But, since Bixby learns more frequently used command terms more quickly, it will take more time for Bixby to fully understand regional dialects that are used less frequently.”

More information on using Bixby, is at Samsung here.

Finally, to activate Bixby, hold down the dedicated button on Galaxy S8 and Galaxy S8+ phones, or simply say, “Hi, Bixby,” but presumably that will only work once you’ve set Bixby up.

We’ll know in a few hours whether the Galaxy Note 8 has a Bixby button, and if there are any other Bixby surprises yet to be announced. 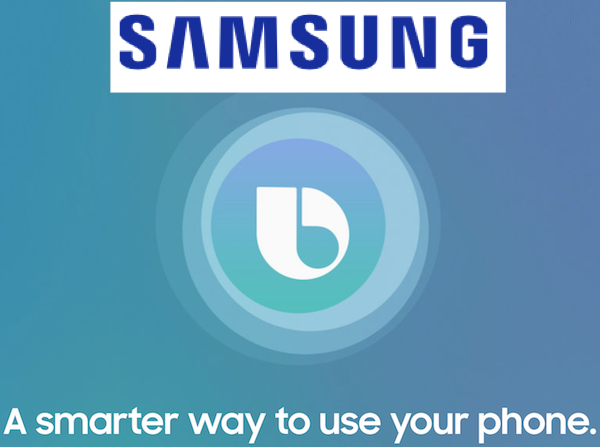 More in this category: « Samsung Note 8 and heir's verdict both due this week Samsung Note8 launches: $1499, one free screen repair, 2x optical zoom and more »
Share News tips for the iTWire Journalists? Your tip will be anonymous