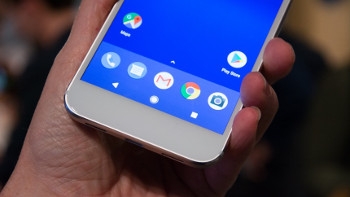 A number of subscribers to the forum at a website known as Dan's Deals, that offers credit card deals, have found themselves locked out of their Google accounts after they bought Google Pixel phones and resold them.

The common element was that all these members of the forum had shipped their phones to a dealer in New Hampshire which has no sales tax. The dealer paid them a profit on the devices and then resold them.

A post at the website said one of the terms of buying the Pixel phone was "You may only purchase Devices for your personal use. You may not commercially resell any Device, but you may give the Device as a gift."

The owner of Dan's Deals said he had located the dealer and that more than 200 people had been locked out of their Google accounts for the same reason.

"Some of those people opened multiple Google accounts in order to place orders for more than five phones and they are locked out of all of the accounts. The dealer is more than happy to return all the phones to Google if it will rectify the situation," he wrote.

The account block includes all of Google's services. Email sent to their Gmail accounts was being bounced back as undeliverable.

Even in this situation, there some humour to be had: when one commenter said he/she was moving to a private email account, another commented that he/she had heard of a woman living in Chappaqua, New York, who was adept at setting up private email servers!

More in this category: « Global 5G take-up exploding to half a billion by 2022: Ericsson Android user locked out of Google after moving cities »
Share News tips for the iTWire Journalists? Your tip will be anonymous