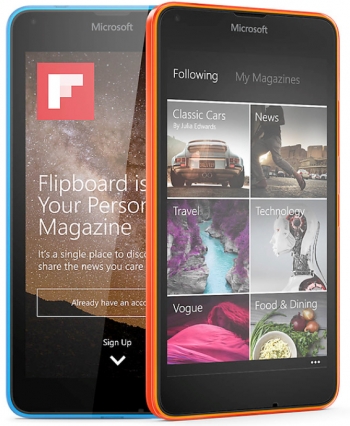 The price that also includes:

They represent excellent value and have specifications well above their price.

Lumia Denim is the last iteration of Windows 8.1 Phone and has the new Lumia Camera app, Cortana voice activation, MSN Weather and MSN Health & Fitness support for the Glance Screen as well as some of the new Windows 10 features such as folders.

As the bastion of Windows Phones Lumia – now owned by Microsoft – has released phones to cover the entire market range. Like motorcar manufacturers, it has the 4, 5, 6, 7, 8, 9, 10, 13, and 15 series – to ensure something for everyone.

Lumia sales under Microsoft are booming. Depending on which analyst you follow and which country you are in it has achieved from around 3% to as high as 12%. The story is the same everywhere – there is a definite upturn in popularity.

Windows Phone has struggled because smartphone users are attracted to the ‘flash the marketing cash’ Samsung, and the apparent prestige in paying more for Apple products. Yet once people try Windows Phone they generally love it.

I put several questions about Lumia strategy to Steve Lewis, General Manager of Microsoft Devices in Australia. To paraphrase the general conversation:

In countries where Microsoft is doing best, it has all markets covered. Where it is doing well in Australia is in post-paid plans for business (6, 7 and 8 series), pre-paid plans for consumer (4 and 6 series) and outright purchase (9, 10, 15 series).

“Business has seen that it can give staff a 640 4G LTE fully featured smartphones for about 30% of the price of an iPhone. It make sense - value drives business,” he said.

“Add to that our offer of Office 365 Personal, 1TB OneDrive storage, and 60 Skype minute’s per month, and easier mobile device management - Lumia has a compelling offering,” he said.

These phones are significant in that they represent the 4th generation of Lumia Windows Phones actually designed and made by Microsoft instead of Nokia. While they still have the distinctive Lumia polycarbonate look, they reflect what Microsoft has learned since it took over Nokia’s smartphone business in 2014.

Me – I am looking forward to Windows 10 Mobile and the raft of new handsets – although the 640 series are really the latest tech so there is no need to hang back.

More in this category: « US phones: Apple top manufacturer, Android top platform, market saturated? US in-home smartphone set up service could pave the way for Australian operators »
Share News tips for the iTWire Journalists? Your tip will be anonymous