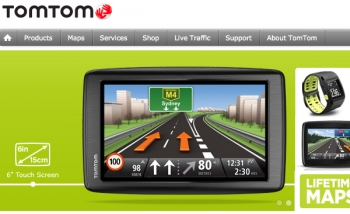 GPS satnav maker and mapping data provider TomTom has announced over 20,000 downloads of a very Aussie voice for driving directions, in what the company says is one its most popular local voice downloads.

Although some early satnav’s must have used voice synthesizers to deliver spoken directions, presumably prompting some to have initially wondered whether Dr Stephen Hawking had secured a voice recording contract, many of today’s GPS devices let you download a range of voices to direct your driving.

Most of us will have heard GPS units with the voices of famous actors and movie characters, alongside computer generated voices and the voices of unknown people hired by GPS companies.

Some of the voices sound ridiculous – witness the awfully clichéd “Aussie” voice from the Trapster speed trap app on iPhones and Androids. I’d imagine few in Australia would choose to listen to that accent, while those overseas thinking it truly represents Australian voices are clearly being taken for an aural ride, “cobber”.

However we’re not here today to talk about Trapster, but instead, TomTom, and what has happened following TomTom’s “Voice of Australia” campaign.

This campaign saw Australian man James Gauci be selected “from more than one thousand hopefuls from across the country in a bid to be the first Australian voice for TomTom GPS devices”, with the news that Mr Gauci’s voice has been downloaded over 20,000 times, thus “making it one of the most popular ‘local’ voices” TomTom reports it has “ever recorded”.

TomTom says Mr Gauci’s voice picked up “more downloads than the equivalent voices UK-wide in a shorter period of time”, with 22,101 drivers in Australia choosing James’ voice “helping them get to and from their destination right across Australia.”

25 year-old James Gauci said in a statement that: “It still feels a bit weird hearing my voice in the car with my family and mates! It's incredible to think that it’s helping more than 20,000 drivers get to their destinations.

“TomTom is a really fun and exciting brand to be involved with. I’ve relied on my TomTom GPS for years now, so it’s awesome to be a part of the driving experience of so many other Aussies... and hopefully giving them a bit of a laugh along the way!”

TomTom’s PR manager for the AP region, Valerie Cross, said that: “We’ve been blown away by the huge response to ‘Be the Voice of Australia’ and it’s brilliant that customers – like James – are as enthusiastic as we are about building the TomTom range.”

If you’ve got a TomTom GO LIVE 820, 825, 2050 or 2050 world model, you can download James Gauci’s voice free of charge, while owners of other download-voice-compatible TomTom units can download his voice via the TomTom home app.

TomTom has also supplied figures for the popularity of vocal “be the voice” winners in different countries and territories, with only the Irish voice chosen proving to be have clocked up more downloads in its area that James’ voice here.

Those stats are as follows:

More in this category: « Mobile web changing news habits Microsoft Windows 8 Phone to be announced? »
Share News tips for the iTWire Journalists? Your tip will be anonymous