Last year, Woolworths attracted attention with an iPhone app that - among other features - sorted your shopping list into aisle order to save time. The company has now integrated the app with its online shopping service. 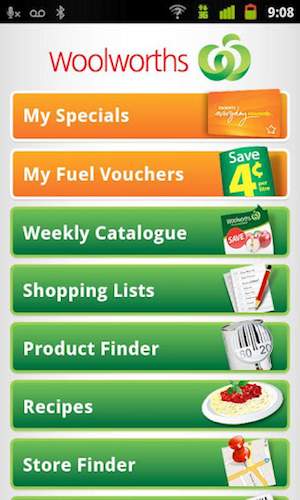 That was followed in September by an Android version, and a number of minor updates have been released since then. The Woolworths app has been downloaded 1.5 million times, and according to Has Fakira, innovation program manager at Woolworths Supermarkets, the number of updates downloaded indicates the app is actually being used. "We are over the moon" about the way shoppers have taken to the program, he told iTWire.

In a major update, Woolworths has integrated with app with its online shopping service. "The update to the Woolworths App will enable customers to browse the supermarket aisles, order and pay on their mobile phone. They will also be able to scan items to build their shopping list and then convert it to an online order," said director of supermarkets Tjeerd Jegen.

The addition of mobile shopping was "a significant project" according to Mr Fakira, who explained it began shortly after the release of the original app as it was one of the most common requests from customers.

The work was carried out by Woolworths staff in conjunction with TigerSpike and other partners, he said. One of the reasons the release took so long was the need for extensive testing.

iTWire's initial encounter with the new app was slightly frustrating as most of the items we selected were not available from the nearest store. Another issue was that prices are not shown when items are added to the list, only after the list is uploaded to the online shopping site (which has a mobile-friendly front end). We'll report back once we've had more experience. Update: See our review of the Woolworth's app.

Woolworths' online shopping is available to 90% of the Australian population, Mr Fakira observed, and allows customers to select a delivery window within the 8a to 10pm hours of service. "It's for people who are busy," he explained.

Rather than operating from warehouses, Woolworths has specially trained staff working as personal shoppers in individual supermarkets. Mr Fakira said they can be trusted to select perishable goods in top condition, as "if they wouldn't put it into their own trolley, they won't put it in yours."

There is a $30 minimum spend, and a delivery fee that starts at $13 and tapers down as the value of the order increases.

The app is available from Apple's App Store and the Android Market.

More in this category: « HP to launch new 'Spectre' ultrabook in Australia late February Nokia ramps up smartphone push with second Windows Phone »
Share News tips for the iTWire Journalists? Your tip will be anonymous