ISPs grapple with outages during COVID-19 lockdown, but Australia stays below peak in March Featured 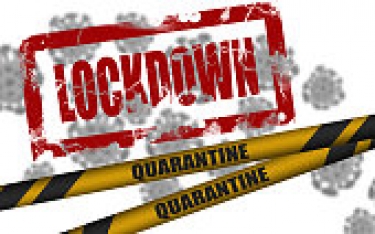 In contrast to both the Asia Pacific region and rest of the world, the outage numbers for Internet Service Providers in Australia didn’t peak in March to coincide with the majority of Covid 19 lockdown orders, according to a new 2020 Internet Performance report.

According to Internet and cloud intelligence company Thousand Eyes' principal solutions analyst, Mike Hicks, instead outages for Australian ISPs showed peaks toward the end of February before dropping through March and April and rising to February levels toward the end of May - and returning to typical levels through June and July.

“The characteristics of the outages would indicate that these outages were pre-emptive traffic engineering exercises in expectation of the pending lockdown orders,” says Hicks.

“Mirroring the outage pattern for ISPs, the numbers dropped through to late May, with a small peak seen in early June, and returning to normal levels in July.

“The difference in outage pattern, between ISPs and CSPs in Australia, is likely attributed to the fact that many cloud providers also operate bespoke, software-defined networks purpose fit for their needs, allowing them to innovate and address issues faster, and implement changes as demand increases.”

According to Hicks, the timing of an outage is one of the most important factors in determining its impact on users.

“Outages in ANZ were more indiscriminate than experienced in other regions, with fewer outages taking place within traditional non-peak (e.g. early morning) hours, and a higher concentration taking pace throughout business hours and early evening.

The average duration and frequency of the outages, which were potentially disruptive to users, was low in comparison to other regions and so any impact would have been low,” Hicks added.

Key APAC findings of the ThousandEyes report are:

Disruptions Due to Increased Traffic Engineering

“Given time of day occurrence, outages in Asia-Pacific, though on average smaller and shorter in duration than other regions, appear to be more disruptive to local users. However, these disruptions would be brief and likely impact fewer users,” ThousandEyes says, noting that

Noting that “not all cloud regions are equally stable”, ThousandEyes says that despite a smaller, more homogeneous set of operators, cloud provider network resiliency varied considerably depending on region, with more outages in EMEA and Asia-Pacific than North America.

“The distribution of these outages throughout the first half of 2020 fluctuated independently of one another and don’t appear to be as heavily influenced by traffic and usage increases reported post lockdowns in most regions,” ThousandEyes said.

"The Internet is inherently unpredictable and outages are inevitable even under normal conditions. However, with the overnight transition to a remote workforce, remote schooling, and remote entertainment that many countries experienced in March, we saw outages spike to unprecedented levels -- especially among Internet Service Providers who seem to have been more vulnerable to disruptions than cloud providers," said Angelique Medina, research author and director of product marketing at ThousandEyes.

"With the Internet Performance Report, businesses can benchmark Internet performance pre and post COVID-19 and plan for a more resilient IT environment as they continue to build out infrastructures that can manage the external dependencies on cloud and Internet networks that employee and consumer experiences now rely on."