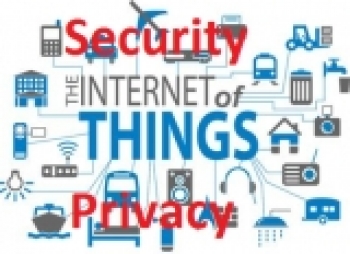 Internet Australia fears Australia is being held back and put at a disadvantage with other countries in taking  up the new business and employment opportunities afforded by the Internet of Things, because of the lag in development and innovation of new technologies.

The IA also sees our “technologically inferior’ broadband  network — the much-maligned NBN — as a roadblock in Australia becoming an “innovation nation”, and leading the field in IoT, unless we can build  a “21st century future-proofed NBN”.

A long-time critic of the current NBN plans with a mix of technologies, IA chief executive Laurie Patton made his views about Australia and the IoT known in an address to an IT at a government conference in Canberra this week.

Preferring to call the IoT the “Internet of Opportunity”, Patton said from a government perspective IoT offers the “potential to improve the delivery of services and increase the public’s confidence in those services”, while also providing a “clear case for supporting innovation and a tangible set of products and services able to contribute to our GDP”.

“One way in which government can assist in the development of IoT is by working collaboratively with everyone who has a stake in the game. That means industry of course, but also consumer groups and civil society organisations,” he said.

“Firstly, there’s the opportunity for new technologies linked to the Internet to create a better world – both from an economic and a social point of view.

“And secondly, the opportunity for IoT to create new businesses and new employment at a time when both our economic mainstays, mining and agriculture, are under competitive pressure domestically and globally.”

As he has done many times, Patton also voiced his criticisms of the Data Retention ACT and the legislation which requires every ISP in the country to store phone and Internet metadata for a period of two years – and to make it available to around 20 government agencies authorised to use it for investigative purposes.

“This is one of the worst examples of how we can go wrong when this is not the case and where complex technology is involved.

“Last year, in the midst of what can only reasonably be characterised as a highly politicised debate about threats to our national security the Data Retention Act was passed by Parliament with the support of both major parties.

“Internet Australia, and others, opposed this legislation. For some, it was an ideological objection. For others, it was a practical consideration.

“I doubt there is anyone outside the Attorney-General’s department, and probably only a few left within the department who would dispute the assertion that the Act is badly drafted or fundamentally flawed as how Internet Australia described it to the Parliamentary Joint Committee on Security and Intelligence (PJCIS),” Patton said.

Noting that the Data Retention legislation was written by lawyers who, he says, clearly had a limited understanding of how the Internet actually works, Patton was critical of the fact that it will be two years from the date of Ascent before the law, urgently enacted on the premise that it was needed to fight terrorism, will finally become effective.

“That’s how long it will have taken the major players, including large telcos like Telstra to work out how to do what they are required and to put the equipment and processes in place,” Patton complained.

“What went wrong? Simply this,” Patton asks, claiming that the draft legislation was developed in a virtual information vacuum and that major affected groups with the expertise to provide advice and feedback were not included in the process until the Bill was before the PJCIS.

“They didn’t even find out in advance how many organisations would be covered. The answer today is we still don’t know. Somewhere between 250 and 400 is a good guess.

“The thing is, right now we don’t know how many ISP’s there are and whether or not they are doing anything about becoming compliant. Nobody has a register and no-one did anything about creating one before the Bill was passed.

“Obviously, if a large contingent of ISP’s are not complying then the Act will hardly be all that effective.

“So the most important lesson from this exercise in relation to IoT is let’s make sure everyone is involved before it is too late,” Patton concluded.

On a more positive note, Patton says IA, along with the Communications Alliance, UTS Sydney and a wide range of companies and other interested parties, have recently formed the IoT Alliance of Australia (the IOTAA) with the goal of having “an activated, globally-aware Australian IoT industry community, with a future strategy and vision that is understood and supported by industry and key stakeholders and which positively influences the advancement of IoT and realisation of the opportunities and benefits it creates”.

Patton also says there are many interesting IoT products and services being developed around the world and he nominates areas where Australia is already working, including two – mining and agriculture – which are “ripe for innovation”.

Healthcare is another area where Patton believes Australia could do well.

“We’ve already invented the heart pacemaker. Devices to monitor in-home a person’s blood pressure, heart rate etc. All could easily be connected to hospitals and doctor’s surgery. Some of this is already happening of course, but there is doubtless scope for more sophistication.”

“Clearly, there is plenty of scope for Australia to become a leading player in IoT. But we need to be taking the right steps right now.

“For one thing, unless we create the required connectivity we won’t get far. Our technology lagging national broadband network is a serious problem and one which we need people in government to act on before it is too late,” Patton concluded.