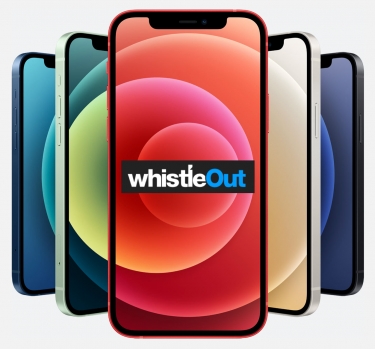 A new survey from phone and Internet comparison site WhistleOut shows "strong Australian interest in the new iPhone 12 range" and that "iPhone fans are willing to pay more for their handsets than other people" - but will they go on payment plans or buy outright?

WhistleOut. It is one of the most well known phone and internet comparison sites in Australia (and worldwide), and it recently "surveyed 600 people to find out Australia’s appetite for buying an iPhone 12 device and whether the financial uncertainty caused by coronavirus would hold people back from buying the new iPhone range".

So, what are some of the other key findings?

Commenting on the findings, WhistleOut spokesperson Kenny McGilvary said: “We ran this survey because we have seen a marked decrease in people looking to find phones on contract plans, which is how Australians have typically bought flagship devices, and wondered if 2020 might be a bad year for Apple to launch an expensive new range of phones.

“The survey results confirm the trend for Australians now preferring to buy handsets outright rather than on contracts, but price doesn’t appear to be such a strong factor for those Australians who want an iPhone 12. Despite the majority of people now being more frugal with their money due to coronavirus, interest levels in the new iPhone range are still high and most people who want an iPhone 12 plan to buy a handset outright before the end of the year, paying the full amount up front.

“We would expect people who are more cost sensitive but still want to buy an iPhone to migrate towards slightly older models like the iPhone 11 or iPhone XR, both of which have just received price cuts.”

iTWire's write-up of the launch event is here.

The full launch event is embedded immediately below, watch in full screen for the best effect!

More in this category: « Arlo adds new 'Essential XL' security camera with up to 12 months of battery life! This Saturday's ACT election will have more drones than anyone can cope with »
Share News tips for the iTWire Journalists? Your tip will be anonymous